A group of friend have come across with a an interesting bullet in an small island in the Uruguayan cost. 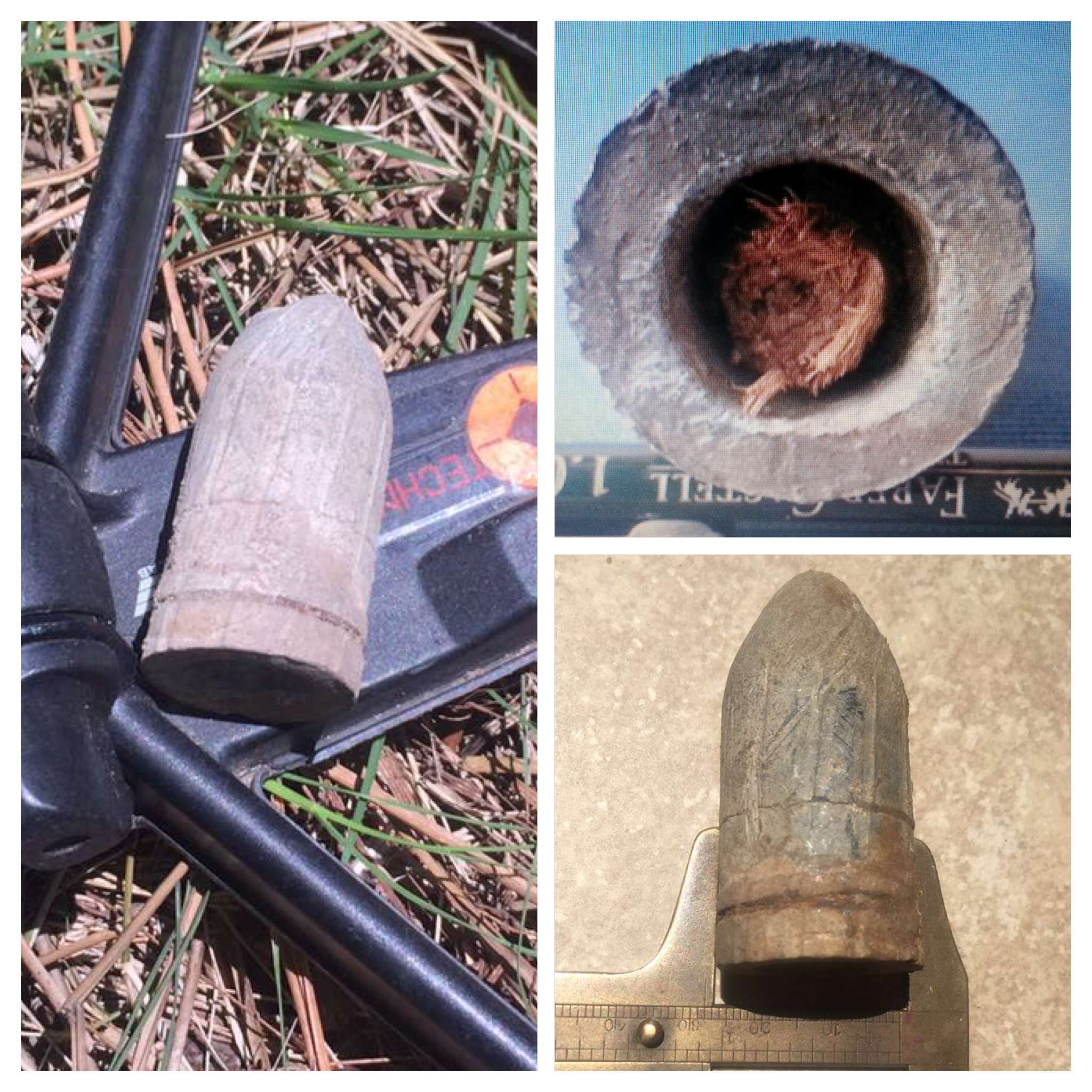 Now we are having great discussions trying to identify it. The options are:

Come someone help in the ID of this unit?

Thanks much in advance
Daniel

Was the 1 inch Aiming Rifle/Tube ever produced in a model with a hollow base projectile?

In Labbett’s “British Small Arms & Ammunition 1864-1938” (pg 122) there is a drawing of a sectioned Nordenfelt lead bullet, which has a less-pointed nose than the AR bullet, plus is hollow with a wooden plug in the base (which the AR bullets never had).

In the same book on page 124 there is a page on the Nordenfelt “dummy drill” cartridge, which also meets the same description.

I will check with local collectors if they have this book, if not I will try to get one.