I have been searching the internet for the past couple weeks looking for a couple 22 ILARCO. Does anyone know of a site that has these listed?

I see them at cartridge shows occasionally.

Also, just for fun; this turned up recently: 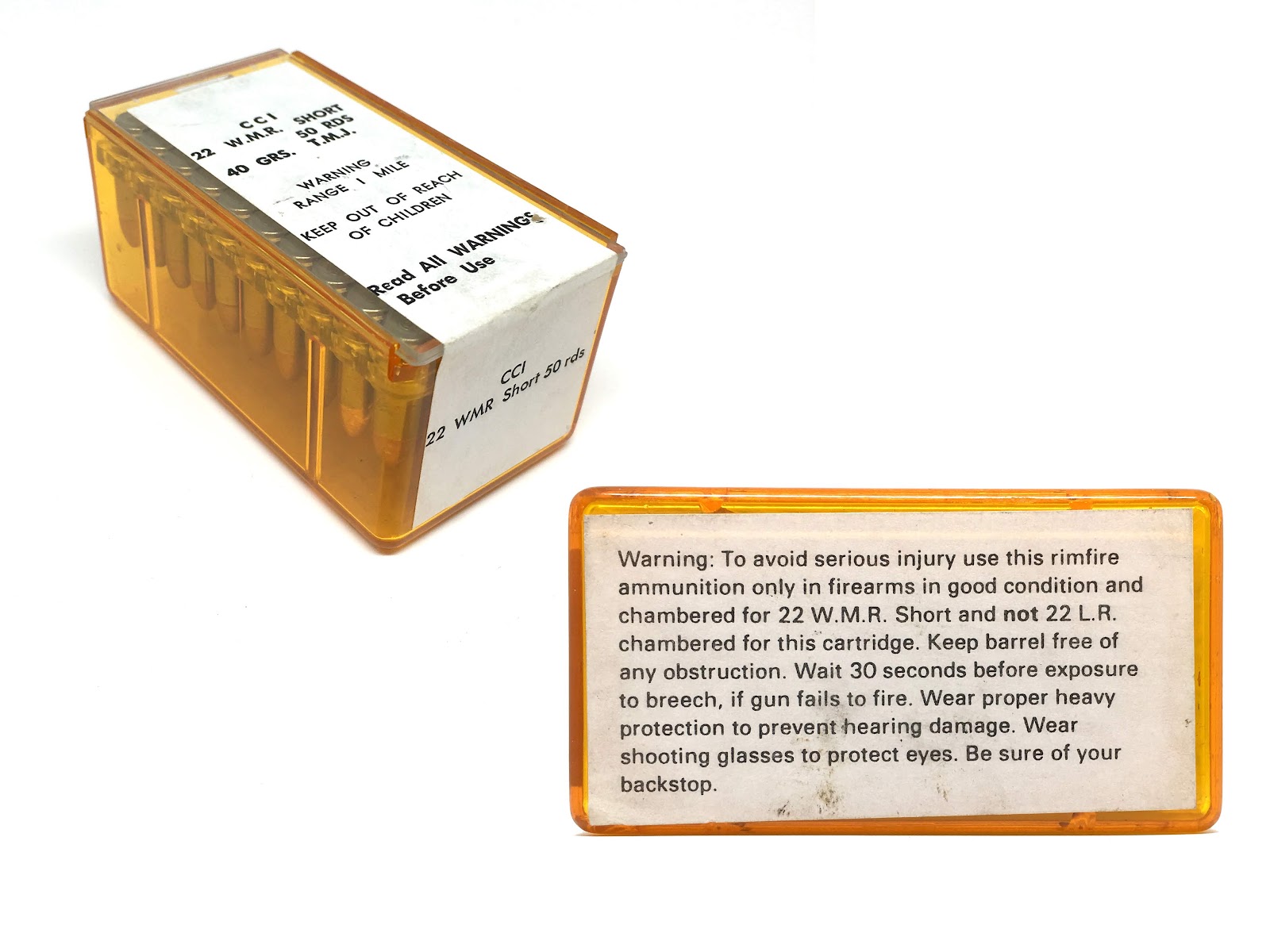 From my experience they are not that common it took me a couple of years to find one cartridge.

Were these cases made shortening existing 22 WRM cases? What are the typical headstamps on the 22 ILARCO?

Aaron, was this offered as an authentic box? I’m asking this not only because it looks fake, but because as far as I know this cartridge was only made by Olin with a Super-X headstamp.

Must admit that fake entered my mind too, but wondered about the shooter market & if Aaron knowingly would post a fake without a note about it being so.

The 5mm Remington Mag. rimfire had a large(?) run by Aguila not too long ago to feed the guns still out there, but I have no idea how may firearms were chambered for this.

The cartridges themselves are easy enough to manufacture by anyone with hand-loading skills. But, it’s hard to imagine anyone making an entire box full unless they felt there was a
market big enough to offset their costs.

That said, the label on that box screams out FAKE! Certainly not a typical CCI product and the warning label wording is odd, to say the least.

Well, the person who both sold and bought this are immensely knowledgeable about cartridges and they both thought it could be authentic.

The American-180 guns are still being manufactured by a company that bought the rights and all the left over parts: elmfg.com/ Maybe they had a batch of ammo made more recently from the Super-X ones? I’ll email them and ask and report back.

I have absolutely know idea anything else about it.

My total guess on the “WMR short” box, is that they were made for a derringer type gun, in that they were basically hot-loaded .22lr, and not meant to be chambered in typical .22lr pistols, but they were ok for newer derringer-style guns chambered in .22WMR, and being shorter they would allow a little more rifle engagement or powder burn time in-barrel?

Hi,
Back to the 22 ILARCO. Does anyone have a picture, or a lead to one? And is this the same as something called the .22 American. (Going from poor memory, but remember seeing one someplace…)
Thanks,
Dan

Matt, the American-180 machine gun was made for both .22lr and then the .22WMR Short which is also known as the .22 American and .22 ILARCO. (American because it was first made by American Arms and then ILARCO because the company and gun was bought by ILlinois ARms COmpany.) It is the same length so that certain parts, maybe the large magazines would work with both or something like that. I forget the exact reason. 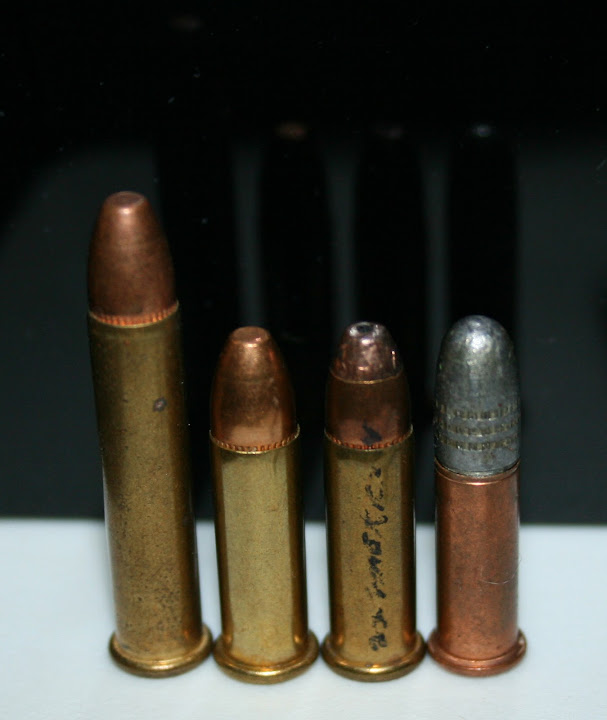 Thank You Aaron!
I have never seen the soft point, but the second one looks familiar. Probably SUPER-X headstamp, as Fede suggested?

Yeah, prior to this box the Super-X ones were the only ones I had ever seen.

Now I will make you really crazy. The 22 Illarco comes in the solid point, and hollow soft point. It also comes in a dummy in each round with no staining on the case in both variations, it also comes in black stained case dummy’s in both variations. The further make your lives miserable, the initial production did not have case mouth crimps (from an early box), and there is a new Primed empty case. ALL of the original variations have the Super X headstamp. From that period, there are no other headstamps that I know of. That doesn’t mean that there is not an unheadstamped trial round or an H headstamp, but until I see one and it has provinance, I would be suspect.

There was a 22 Magnum made up by WCC in March of 1966 (or earlier) as a concept piece. Two were given to an employee (and IAA member) by the President of the company. Our member just happened to drop into the President’s office while the President and marketing manager were discussing the project. It was given the thumbs down, and the member asked if he could have a specimen. The President gave him the two speciments that had been made up. These are 22 Magnum cases that were specially made. They are a shorter length than the Illarco (I will NOT give the length since I don’t want anyone making these up and selling them as originals). The headstamp is ‘H’ impressed.

As to the box Aaron showed: I don’t know without looking at it. However, as others have pointed out, the label and warning label don’t look right. Lets cut it open and look at the rounds and compare them. CCI has played with a lot of trial ammunition (just ask any .22 collector). I don’t think there is enough market to justify making a run of these particulary when they are having trouble meeting demand in regular ammunition currently. The majority of guns have been relegated to the closet and are not being used.

Anyway, that’s my 2 cents worth.

I forgot to mention that there are 2 different case mouth crimps. The most common being a rolled over crimp mouth crimp.

E&L got back with me. He said:

I may be wrong but I don’t think Illinois Arms Co. (Ilarco), ever produced a 180 Short Mag. I am also unaware that CCI ever produced short magnum ammo. The label on the box in your photo looks spurious to me. American Arms International designed the SM in conjunction with Winchester. I believe that what they have is something that somebody hand made. American Arms also made a run of barrels chambered for the SM. When I received all their inventory from Ilarco and Feather, I received about 100 barrels (some used and some new) made by American Arms that were chambered in the SM. As I understand it, the demise of the SM was due to it’s high cost and low demand. I am also unaware that Ilarco ever sold a 180 Full Auto SM that they actually produced and all semis were made by Feather Industrys under licensing by Ilarco. They are all stamped Feather Industries / Ilarco.

Thanks everyone for the information. Looks like I might have to make my own round for now as a filler.