3 misc rounds of 9mm - one with no headstamp

Here I have 3 rounds of which I believe to all be 9mm luger. I would be interested to learn information about them and am especially curious about the top and bottom ones. If anyone has any insight to share it would be much appreciated. 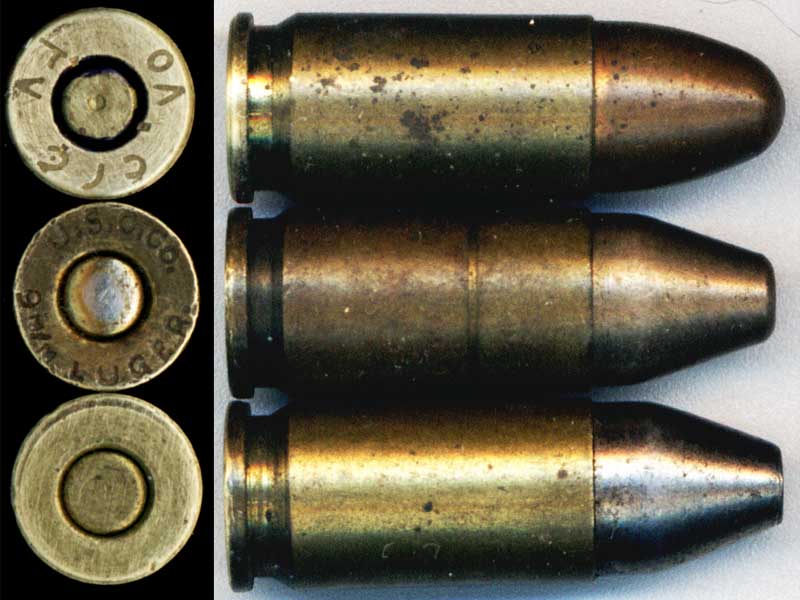 The top one is an Egypt 9x19 from factory 27 (Shoubra Company for Engineering Industries, Cairo) made in 1975.

The middle one is a very nice one. It is an early United States Cartridge Co made round, probably from 1919 or the very early 1920’s. What makes it good is Glisenti style bullet. USCCo produced all of the MAXIUM 1918 headstamped Glisenti rounds made for Italy during WWI. John Moss covers this in detail in his IAA Journal article on the 9mm Glisenti (see the Journal index on the IAA webpage-IAA Home at top of this page). They introduced the 9mm Luger around 1919 and originally used the Glisenti ogive bullet and then later went to other truncated bullet shapes. I have found the Glisenti bullet USCCo rounds difficult to find.

There are quite a few unheadstamped 9mm Luger and 9mm Glisenti rounds with truncated bullets made before, and probably some after WWII (particularly Glisenti). Without knowing whether the bullet was magnetic, I couldn’t even give you a guess, and even with that info, it would only be a guess.

so can you pls give your clue about the maunfacturer of this, i belive 9 para, rounds …?