I would like to ask you for help in the following question: I have a 5.6x39 Russian ammo in my collection. On its headstamp there is a triangle as a manufacturer’s code. Can any body tell me that in which factory it was made?

Thank you for any help.

Hello Mihaly,
We’ll be glad to help if we can but for some reason your images are not being displayed. Can you try to post them again please?

Mihaly has sent the images to me and I am in the process of getting them ready to post for him.

My records state that the triangle was used by the Tula Arsenal. Why they did this when they produced this cartridge extensively with the “T” hs is a mystery. It would be great to hear from collectors on any theories why they did this ?

Thanks for everybody for the help and the information.

I have one of these 5.45 x 39 sporting rounds kicking around as well, with the same headstamp style (triangle with point up), but mine has a 93 date and a lacquered steel case. The bullet is identical, and it, too, is a trade-show dummy like the one pictured at the start of the thread.

I have these in my collection

from left to right

Might as well fill in the thread a little. The ones I have laying about are:

Back during the Cold War there was very little exchange of information between the the Soviet Union and the United States, especially when it came to things like arms and cartridges. The 5.6x39 was being used in running deer competition in several countries at the time but very little was known about it outside the USSR and Scandinavia. I recall reading an article in one of the Shooting magazines of the time saying that the little cartridge had no real use for anything and it would soon disappear. What a sad case of prophecy that was. It is, as most of you know, the basis for the 22 and 6mm PPC cartridges and all of their offspring. There is a current trend in Benchrest to shoot it (220 Russian) with no alterations at all and it is proving to be just as accurate as the PPC.

Ray, and not to forget that it was the first cartridge to be evaluated (with different projectile) when the 5.45x39 got developed. 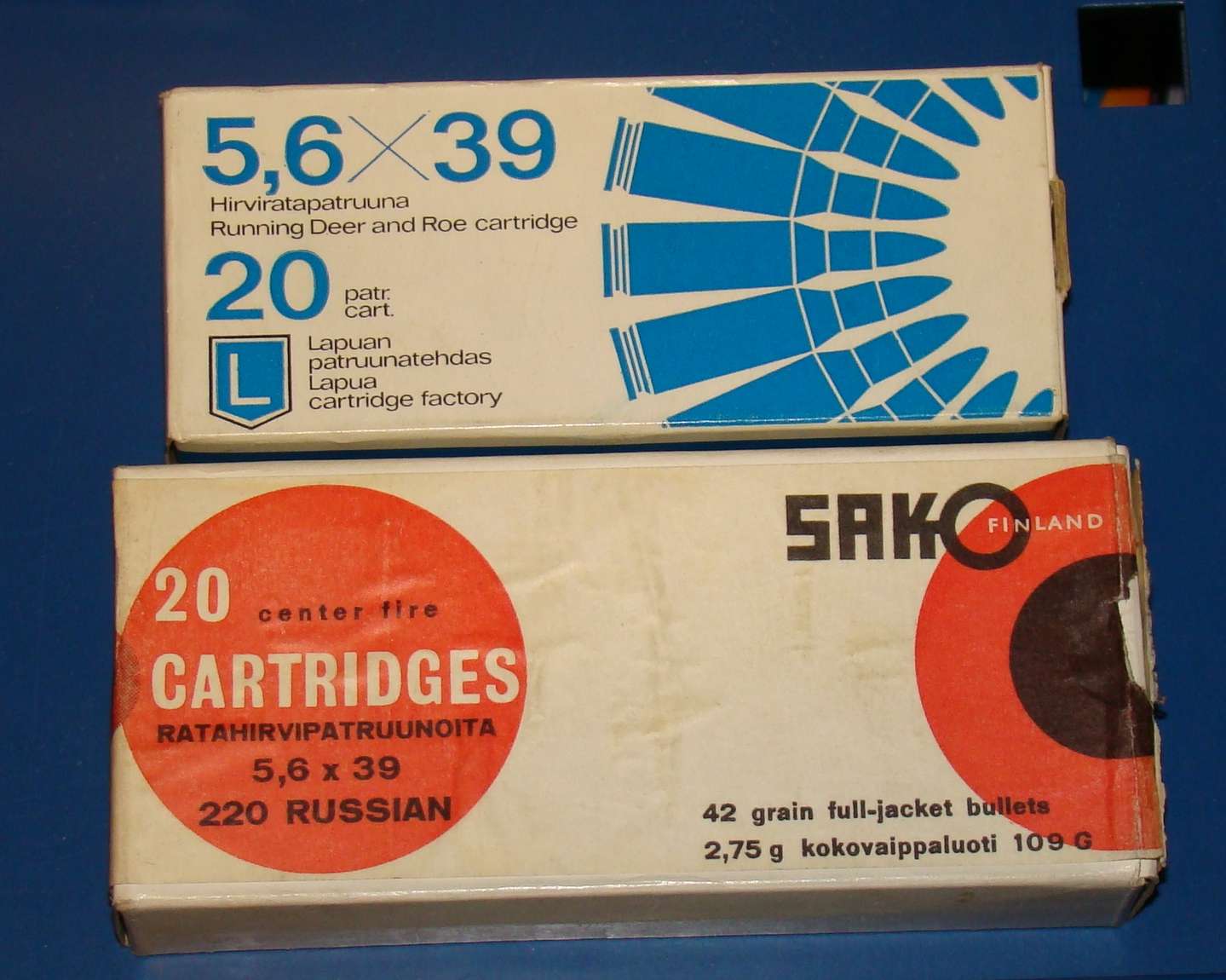 Ray - I remember that the first one I saw (I don’t collect this caliber) was touted to me as the “new Russian service cartridge, replacing the 7.62 x 39 mm, to compete with the 5.56 x 45 mm.” Then they started showing up with soft-nose bullets and finally some real information about what they were for.

In Finland there was some military test with 5,7x39.

[quote=“gyrojet”]I have these in my collection

I see that the cartridge in the middle has “5,6 x 39” stamped on it. Is it true that in Germany every single cartridge has to be marked with its caliber if the caliber doesn’s show on the headstamp?

Correct, civilain ammo being sold in Germany has to bear the manufacturer and the caliber. Means military surplus ammunition has to be certified by a proof house and only then will be allowed for sale by the regarding company which has to apply the own trade mark and caliber. This is the reason why usually no small lots of surplus are showing up in Germany, it is simply too expensive and complicated to do with minor quantities.

[quote=“JohnMoss”]Ray - I remember that the first one I saw (I don’t collect this caliber) was touted to me as the “new Russian service cartridge, replacing the 7.62 x 39 mm, to compete with the 5.56 x 45 mm.” Then they started showing up with soft-nose bullets and finally some real information about what they were for.

John, as said the cartridge was under evaluation for replacement of the 7.62x39 but was not choosen. 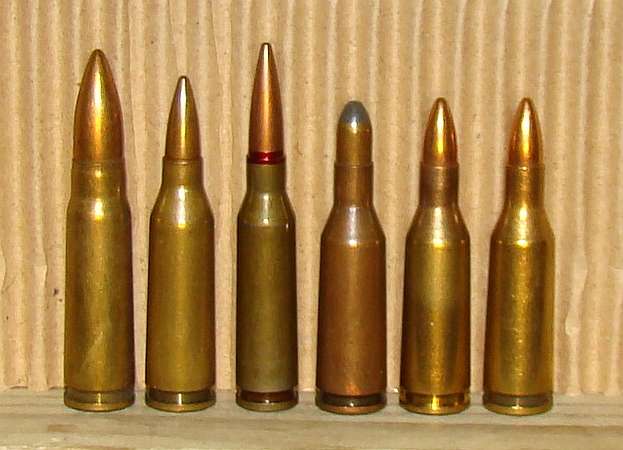 EOD - thanks for the clarification. Actually, I knew that there was some interest in the round by the Soviet military, or at any rate, an attempt to interest them in it, but the story around here when the first FMJ “T” headstamp rounds showed up was, basically, that it WAS the new Soviet military round - very secret and very rarely found. The usual hype similar to the stories about the “Special, secret KGB 5.45 x 18 mm pistol round” that went with each specimen sold to collectors, when it fact, the round was covered quite openly in one of Zhuk’s books, in Russian, sold in any Russian book store to anyone who wanted to buy it. I have the book now in my own library, although of course, I can’t read hardly any of it.

Of course, there was nothing special or secret to the 5.45 pistol round, and it was not at all limited to KGB use.