Well, well, well… Look what is found here, some of the unobtainable, and supposedly “only sold to gun-buyers who would receive an allotment of 2000rds each” 7.5 FK ammo! Previously on the forum we had a thread talking about the 7.5 FK and various ins & outs of the gun, the ammo, the case construction, and the pricing policies which were in place by Luxury Firearms - the U.S. importer of this $8,000 pistol, it was all public information. Luxury had originally told me over a year ago that the ammo was strictly limited to buyers of the gun, and that there was a 2,000 rd limit per buyer, which always seemed strange to me - what do they do when they run out, how would anyone ever know if the gun is any good past 2,000rds, etc… Certainly it would never show up for sale with any online retailer anyway. Naturally I’m looking at it as a cartridge collector, and wanting to get some of these other than via an ECRA show trip / ATF Form-6 connection which would cost a good bit for a loose rd. Luxury was also dodgy about owning up to the unremarkable (what I thought was unremarkable) construction history of the caliber in which the original cases were formed out of 10mm Magnum revolver brass. The 7.5 FK is, after all, just a slightly longer 9x25 Dillon with a different diameter projectile. I believe that the 10mm Magnum brass was the original parent wildcat case (before they began factory 7.5 brass production) due to the slightly longer O.A.L., so that there would be more brass to work with, and probably because the web around the flash hole of 10mm Magnum revolver brass is stronger than typical 10mm auto brass as well.

The list price from “Shooting Surplus” out of Haynesville, Louisiana is $125 per 50 on Gunbroker, which seems absurd, but it is actually less than the originally listed, albeit obviously absurd, $199 per box price from the manufacturer. These boxes were figured to sell just over $100 apparently, and there should have been plenty of room for Luxury Firearms to wheel & deal with the price of ammo for gun buyers given the healthy margin on these guns. As far as I know these have been a total flop due to the obvious price issue. Anyway, I ordered a box from this seller, and he has 19 remaining.

I normally wouldn’t post an image of a for-sale item, but whereas this is literally the only sane source for retail sale in the western Hemisphere that I know of for this cartridge… :

Matt, no point of trying to obtain them at ECRA shows as sources are few and prices are like 50 Euro per round or so (or even more).
With your info prices may go down now.

I assume by now enough ammo got made and the 2000rd limit was only an initial measure till stocks got built up.

I am still not sure what to think of the prospects for this ammo being available are, other than this small lot for sale right now. I had assumed that Luxury would never sell enough guns to warrant much if any much more ammo imports into the U.S. (because of the gun’s price), and that it would be a very rare item, and would wind up something like the essentially unobtainable “9mm Federal” rimmed revolver ammo, a proprietary caliber, for one gun model, which never made it in the market. Except in this instance I figured there would be far fewer 7.5 FK pistols in-country, than there are Charter Arms 9mm rimmed revolvers even. It certainly wouldn’t take much ammo to satisfy collectors, a couple dozen more boxes floating around would be enough for the John Moss’s of the world to acquire specimens. I will probably divest most of my box at SLICS I’m sure, it’ll be a $5 cartridge as far as I am concerned, nothing crazy.

DK - I agree with everything you said! I have this cartridge in my collection, bought here in the USA from a fellow collector and you were right on - I paid 5.00 for mine. I don’t see how this ammo could cost any more than, say, .45 Winchester Magnum, to manufacture, but even if it does, it would only be a little more. When this gun and ammo, with its prices, were first mentioned on a public source, I actually thought it was a Joke!

You are correct that the pre-production rounds were made on Starline 10 mm Magnum cases. I have two variations of them, simply different bullets. I got those in from a dear friend of mine who got them from a Czech at one of the shows in Europe. I never really understood the prices asked at European shows for these, including the properly headstamped ones, but then perhaps there were factors there that I was not aware of, since I haven’t been able to attend a European cartridge show since 1985, as I recall.

Edited to correct my deficient memory about where I got my two 7.5 prototype rounds in Starline 10 mm Magnum cases. That deficiency was inexcusable, and I am surprised my friend did not “gently” remind me of how they came into my possession. Sorry about that.

On the pricing of ammo in general, aside from the materials cost per rd (which seems to be least in the equation) it seems to get down to number of rds produced per machine, per hour, and then overall sales per month / per year in general, with those two factors obviously closely tied. Something like this 7.5 would presumably be very low production, and so the rds per hour, or per entire run on the whole must be low.

For collector rds, I suppose if the auction I saw was for one box only, and if there were no other boxes on the horizon, I could get $30 or $40 per rd or whatever. Either way though, I am satisfied with an 80% markup as far as the hobby goes to get from $2.80 per rd to $5.00, which seems plenty enough already to make the chore worth my while.

Luxury Firearms lists the ammo as Made in the U.S.A., but only says “pricing on request”.

I think that the problem is that buying a box of ammo at 75.00, although “only” 1.50 per round, is pretty prohibitive for collectors not interested in having to sell off the 49 rounds they don’t need for their collection. I, for one, would rather pay 5.00 for a single cartridge, and not have to be bothered with disposal of 49 rounds that I don’t need, and will never have a gun for it to shoot it up. Of course, January 2018 is almost a year ago, and evidently they have felt the need to raise the box price to even higher levels.

Anyone hazard a guess as to what the headstamp is on this Gunbroker ammo? I emailed the seller and got no response.

Guy, as far as I know, the headstamp is “FK BRNO 7.5 FK” and the cartridge I received is loaded with what appears to be a semi-truncated, solid copper hollow-point bullet. There appears to be a single shallow groove at the bottom of the hollow-point cavity, not visible from the outside of the projectile. The primer has a nickel cup.

Is known who is making the cases?

I know what you mean, this one is sort of a roll of the dice as to whether boxes like this in this quantity will ever be seen much again, or if the market will suddenly see a handful of websites carrying the ammo for sale even though there are painfully few guns to warrant it. I remember a similar thought process when deciding what 4.6x30 was worth as a hard-found collector cartridge 15 years ago before you were able to buy a box of it on a website for $25 as you can today.

I’m going with the notion that this ammo will be harder to find going forward, and possibly will be unobtainable. I have always been skeptical and critical of this whole project’s ability to succeed.

That black-plastic cartridge tray many be the best feature of this whole project! :-)

John, I fully agree. One more entry in the long list of “calibers the world does not need”.

I know, I know, our ammo research is living from many of these “inventions”…

I received some boxes of this ammo today from Shooting Surplus of Louisiana. The box shows the address for International Firearm Corporation (the parent company of the FK Brno U.S. importer - Luxury Firearms) as 5701 E. Reno Ave. Suite E, Midwest City, Oklahoma which is a shared commercial strip mall looking location along with Planet Fitness, a television repair guy, and others. After looking the box over I Google-searched some of the terms on it, such as the UPC code which revealed one more seller online - “2nd Amendment Wholesale” of Grand Forks, North Dakota. 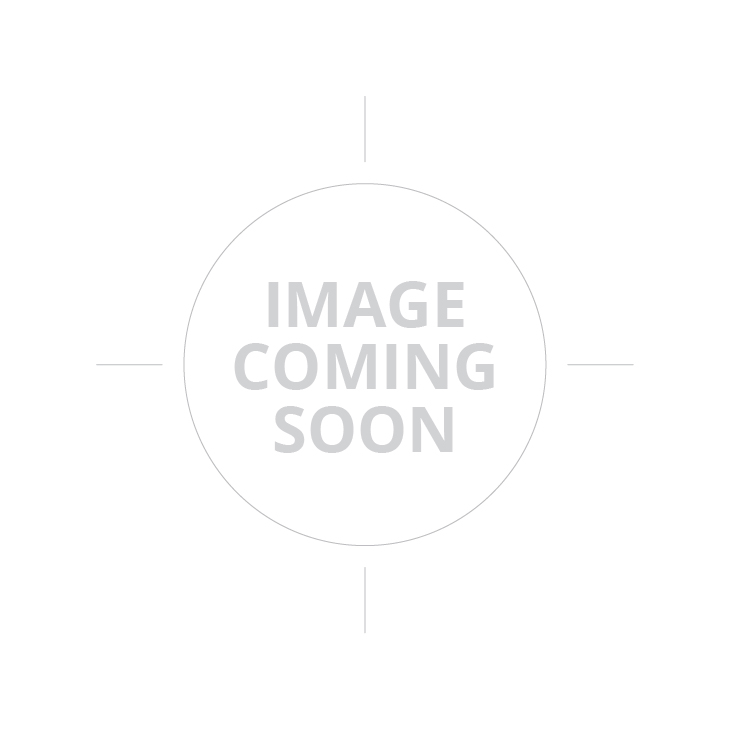 You can’t see the price on the website unless you are logged in as a dealer, but after uploading a couple random resale / retail certificates of mine, the website automatically created an account for me. Naturally their price is lower (of course!) at $89 per box. They show 47 boxes remaining.

Here are some more complete pics of the box. The propellant surprised me as being the finest grain ball powder I have ever seen - all 14.5gr of it. It is so fine it reacts to static charge and magnetism easily. On the flash hole - I’ve seen better, I’ve seen worse, but I was expecting something a little more perfected such as on Lapua brass based on the asking price of this ammo. In the close-up you can see some grains of the fine ball powder leaked into the primer pocket area, as well as how it must be a tight pack with how the powder is impressed into the brass around the flash hole.

Matt, thanks for the set of images!

Does the hollow point of the bullet have 2 internal grooves?

The bullets all seem to have two (or sometimes one) noticeable tiny notches at the hollow point opening. There are slightly darker skivs inside the hollow cavity extending down from these notches, and that is what the dark line is from one of the photos above, at the 11-o’clock position while looking at the cavity.

I was further trying to determine who exactly manufactures these since the boxes say “Made in USA”, and assuming this implies the ammo and not just the box itself, it seems that the best lead is International Firearm Corporation themselves, as they are the only registered FL-007 and FFL-08 in Midwest City, as both a manufacturer and importer of firearms / ammunition. But they can’t be the brass manufacturer, and I’m not certain they are manufacturing the loaded ammo either.

Right you are Bill. I am in the habit of using Double Tap’s nomenclature for the rd as they load it today. If I understand them correctly, the majority of those regularly shooting the 10mm magnum today are heavy frame revolver aficionados, and not as much the Automag shooters. It’s as if the big modified wheelguns, few that they are, have taken over the caliber.

This is what I mean by Double Tap’s nomenclature -