does anybody know a story and a weapon behind this round? 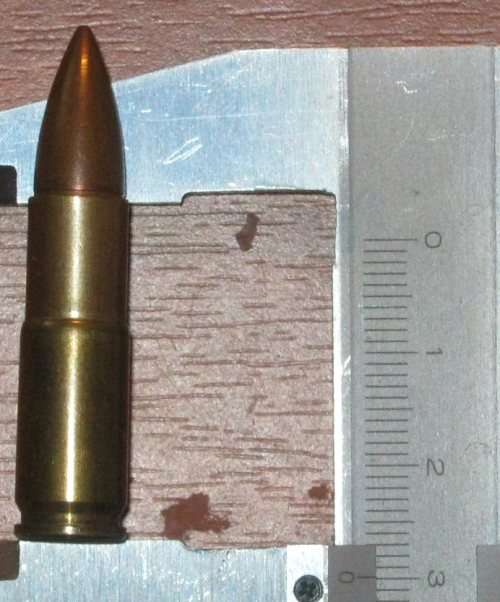 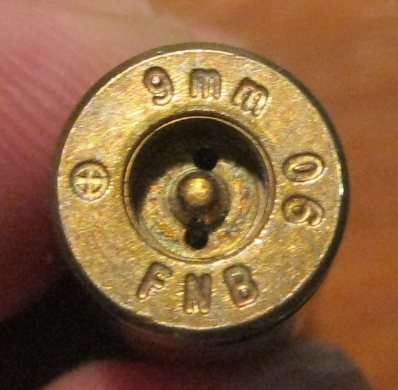 hello
i seen the same question on my forum
finally it a “montage” with a unfinish 9x19 blank a a bullet of 7.92 kurz not a experimental round

There are other “subsonic” rounds made from unfinished + 9mm FNB 90 cases but with a very short neck and measuring 7 x 32, 7,62 x 32 and 7,62 x 33. I don’t know what the collectors think today, but these were not considered fakes on its time. Maybe this is J-P Denise’s work?

Max & Fede - I have seen similar fakes done with REM-UMC and R-P - headstamped, NUPE extended 9 mm cases made for the production of movie blanks, etc. I have never seen ANY form of doumentation that would indicate these were more than various peoples’ fantasy.

Maybe this is J-P Denise’s work?

Well, in fact I got this dummy from Jean-Paul, but it was only one of many nice things he gave me on our last meeting, so I just forgot to ask him about this particular item. Our conversations mostly centered on early 5,7mm developments, but now I think i shall email him and ask for first-hand info…

Beware!!!The round presented here IS A TOTAL FAKE!!! and I know too well from where it comes… having (alas) bought a couple, many years ago, in the 70ies… with or without bullet… and of course, never loaded nor documented.

I am sorry to say the worst problem with JP Denis activities is that he was usually offering a mix of some quite good items with terrible fakes, which he pretended to have “saved from destruction”, or any other stupidity of the kind, when found in the FN R&D facility where he was, at time, employed…(before being properly fired for reasons I do not wish to know…). Just ask Bill Woodin or some others…! His “activities” amidst the Ctg Collecting fraternity are the reason why he was expelled from ECRA.

I wish not to say anything more about a guy I have known for more than 40 years… (and, by the way, not unagreable at all as far as only chatting was considered), but I think he did a hard prejudice to many collectors, in Europe and overseas, just in order to make money for his own benefice.
I did not know he had been active as far as Russia!!! In this case, he should be no more taken as a living legend(!) but a true genius of Madoff fame… in his field !!!

In other words, what he has done should not be just considered as forgery, but as a matter of fact, swindle, or even worse, plain theft.

I will let other collegues to make up their mind differently, if they still wish to do, but, for me and most of us here, there nothing else to add.

From my own knowledge, I must agree with Philippe. I was just too timid to name names. Exotic loads in NUPE R-P extended-neck cases for making blanks are just as phoney.

I must also agree with Philippe & John

This guy is the KING of Fakes…

[quote=“stuka222”]His “activities” amidst the Ctg Collecting fraternity are the reason why he was expelled from ECRA.
[/quote]

are you sure about that ?
I am asking because he present at the last ECRA meeting in Germany and if I remember
correctly, he told me he wanted to visit the meeting in Walenstadt as well.