I recently came into possession of some very old 7.92x57 ammunition. Since this is not my area of expertise, I am posting pictures and I am asking for your help in identifying this ammunition. Any information would be helpful. I would like to know where it was manufactured, if it was issued to troops and to what army, the gun for which it was designed, if these cartridges and their packaging are commonly found in collections, and any other particulars you that may be of interest. The first photo below shows the entire collection and the follow-up photos are close-ups of the individual items. Thank you. 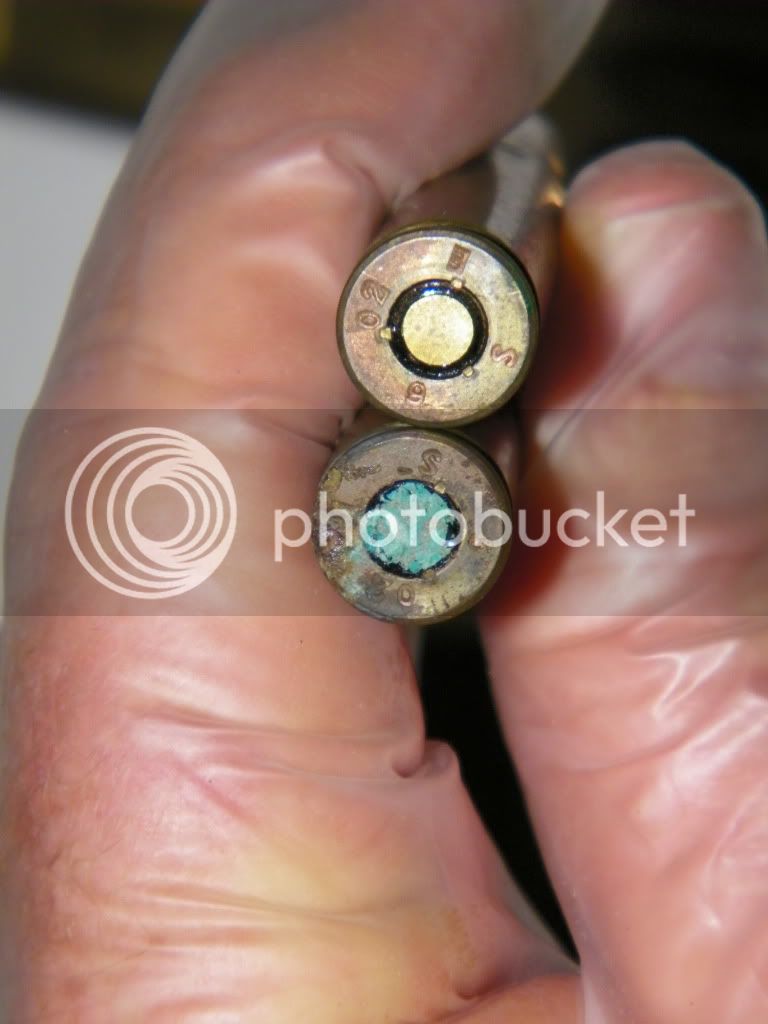 You have some 8mm Mauser J bore for the Mod 1888 commission rifle. The bullets are .318 dia when the spire point came out in 1905 the bullets were 323 dia. and most rifles were converted to the larger dia.

SamGun, your cartridges are the German Patrone 88 for the German Gewehr 88 Commissions Rifle. This rifle was the standard issue rifle of the German army from 1888 until 1898 when the Gewehr 1898 was introduced. The stamp “Koln” on your box probably stands for the German City Cologne. Your cartridges are still in the original mannlicher style clips. These clip was loaded into the rifle and when the last cartridge was fired the empty clip slide out the bottom of the rifles receiver assembly. I think the “S” on your headstamps stands for Spandau Armory, the “6” and “02” for June 1902. So far as I understand the other stamp is an “E” and I believe stands for “E Cartrdige.” I found this information in “The German Rifle” by John Walter.

In addition to George’s comments it might be added that the phrase impressed into the fiberboard box identifies the maker of the box and not of the cartridges. Boxes were recycled, so that this 1891 dated box was not on its first use. While the cartridge cases were produced at the government Spandau ammunition factory, the cartridges were assembled elsewhere, probably at the Breslau artillery depot; at least the word at the center bottom of the cloth tear strip appears to me to be “Breslau.” The tear strip also indicated the source of the case, bullet, primer, and powder charge. Jack

Thank you! You have provided a wealth of information. I asked the right people!
I noticed that not all of the pictures I posted are still viewable. (Not that it really matters, now that I have most of my questions answered.) Is this normal?
Personally, owning even a few small artifacts from past generations makes history seem more tangible, rather than make-believe or ethereal. Thanks again!