I have here an empty 7mm pin fire box/tin from RWS and would like to find out how old it is.
Also other info is welcome.
What would such a box be worth?
measurements are:
72mm by 26mm and 21mm high.

Hello Aaron,
I hadn’t seen that before now, do you have any idea of when this box was made?

Well, I believe it was made between 1886 when RWS was founded and 1931 when they became part of Dynamit Nobel.

In 1894 they moved to Fürth, a district in Bravaria, so it was also probably before 1894 as well because they started putting “Made in Bravaria” on the boxes as shown below. 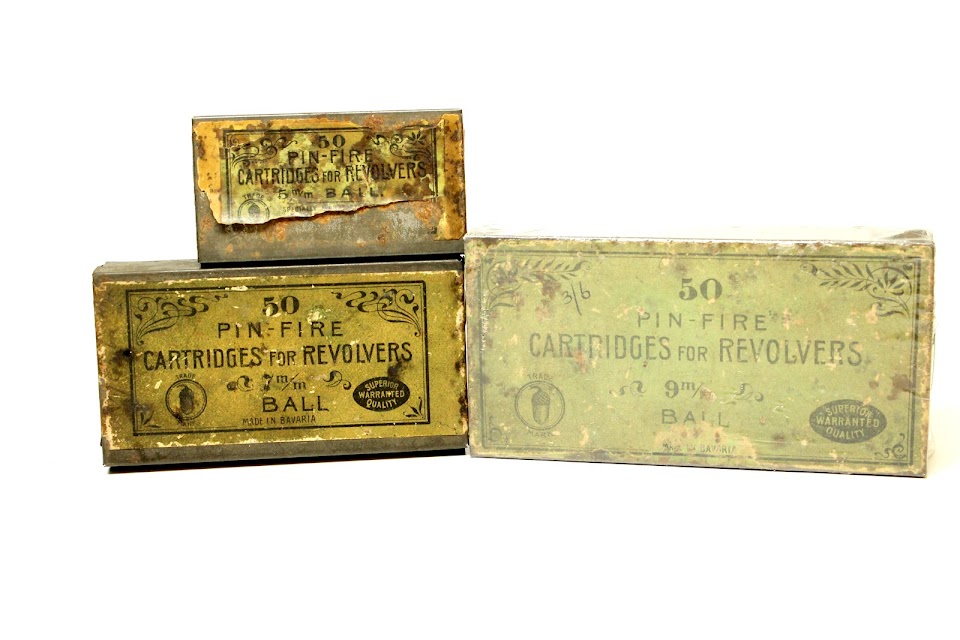 Also, they must have realized they could not spell French names, so they just switched to “pin-fire.”

Are you sure about the " Bravaria " spelling ?? M. Rea

no, that was a typo. “Bavaria” would be the correct spelling. It is spelled correctly on the boxes pictured that I indicated the writing came from.