For the past few years, a firm by the name of NATMIL (owned by Knesek Guns) of Van Buren, Arkansas has been a licensed importer of guns, and has also been an ammunition manufacturer and body armor distributor. From the beginning they have had listed on their website a range of ammunition components and loaded ammo, but they have always been out of stock and never seem to have anything. Finally over the past 12 months they slowly began operating on Gunbroker, selling endless no-reserve penny listings for 1000rds of 9mm, or 1000rds of .45acp - usually just ball ammo, or a frangible bullet. NATMIL has also gone through some sort of split where Knesek has split the firearms importing from the ammo loading side, and “FEDARM” out of Fort Smith Arkansas is now the ammo manufacturer. Perhaps still owned by Knesek?

In any case, just recently on Gunbroker, the most recent proxy seller for Knesek (they seem to rotate through a few names) “Shore Tactical” of Snow Hill Maryland has been selling for them in the same manner, with 1000rd lots at no reserve, but this time listed as being loaded with a “lead free alloy bullet”. No details are given on the metallurgy, and it is simply listed as being bulk-packed and loaded on once-fired reloaded brass. I dove in and bid on a lot, and ended up winning 1000rds for what is a very average price of $160, since these lots seem to range from $150 to $180 at end of auction.

I was interested in the 80gr bullet and what it was made of, and also curious about the range of brass they might be loaded on, and I have wound up totally surprised & impressed with the product. Given their odd selling practices I was expecting to find fairly cheap product with some dented cases, dented primers, different O.A.L.'s, damaged case necks, etc… Not only did I count 1007 total rds, I found only one flaw amongst all of them - a stressed case with a crease (almost cracked), so I actually ended up with 1006 PERFECT cartridges, which was shocking. I don’t know what the bullet is exactly, but at 80gr, it occupies the same volume as a typical copper jacketed lead core 115gr bullet. The bullet seems cast, and has some kind of dimple on the tip. My guess is either cupro-nickel or a zinc alloy of some kind, and cutting it, it is silver throughout with no variation. An LP torch did nothing to the bullet after 60 seconds of flame. I haven’t shot any yet, but when I do I will get velocity & reliability data. The propellant is relatively large flake, and looks like Alliant Unique or something similar.

The one bad case in the lot - you can see where the bullet material is squished onto the case mouth:

Then the headstamps… If you are a burgeoning 9mm headstamp collector and a range shooter, then this is a GREAT way to get headstamps. I counted 60 unique headstamps - most of them common, but some dated military stuff, and a few oddballs not usually seen unless one is looking hard. The strangest thing I thought, was that there was only one Starline case. The vast majority of the cases were FC, WIN, Speer, or Blazer. I found two MRP (Magtech) cases, two IMI 13 NATO cases, one nickeled Hornady 9mm +P (which shouldn’t be in there), one Fiocchi G.F.L. 09 case, and one Radway RG 09 case. Most everything else had at least a few of each. You have to look close for some of the differences in the FC, R-P and Speer cases. On the brass Hornady case - that is a diamond after “LUGER”. I show 4 AMMOLOAD cases at the bottom since they seem to have a range of headstamp quality and letter thickness, which is probably just indicative of low quality production. 99% of the cases were standard brass as I found only around 10 nickeled cases.

A zoomed-in look at the AMMOLOAD headstamps, and the variation that they seem to display:

I just received 2000 processed empty cases in 9mm which came from Fedarm, via Shore Tactical in Maryland (from a Gunbroker sale for $52.00). As far as quality of cases go, these were all resized, washed, processed, etc…, and I only found two cases with any damage whatsoever, which were both small case-mouth dents, both were irrelevant headstamps. I did notice that all of the Fiocchi cases (GFL) had considerable gunk from case-mouth seal residue, often with powder residue stuck there as well. There were at least 50 to 75 of those cases. There were 95 unique headstamps, and a few really odd ones.

The first strange one was new to me: “LAX”, and I assume this is from the retailer LAX Ammo who has advertised some 9mm ammo as loaded new by them with their own headstamp: https://www.laxammo.com/ammunition/handgun-new/25?limit=20&limitstart=0

Next there were a couple dated lot-numbered Speer cases which seem to go with a European contract as described in another thread here: http://iaaforum.org/forum3/viewtopic.php?f=8&t=10456 Mine are both brass cases with 14 dates, one being a 012 lot and the other a 019. There were only one each of these in the entire 2000 case lot.

I noticed that two of the same Herters headstamps seem to show one bold strike, and one thin strike. Not sure if that is a variation, or just a fluke:

Quite a bunch of headstamps! A couple of duplicate Federal headstamps are case variations since they have case crimps at different heights:

Thanks Soren. I updated the description to say “European”, since these might be for more than one country, but at least we know Denmark. I guess for each contract run that Speer does, there is a little bit of case overrun that ends up being fired on ranges somewhere. The seller who I bought this case lot from describes the cases as all coming from a range used by law enforcement / military.

I have been puzzling over what the metal of the solid lead-free bullet is in the top post, but today stumbled across this from Rotometals, which is probably the source: 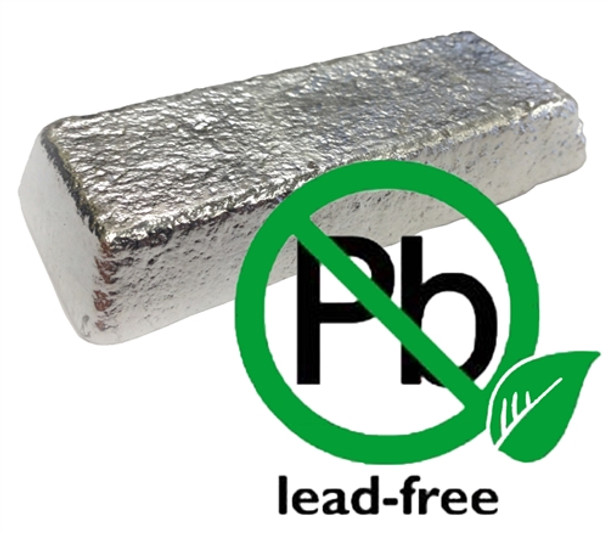 It is 90% Bismuth / 10% tin, and made in quantities large enough for Fedarm to use. It is also my guess that this is what the very similar-looking “Zuerillium” bullet is from Advanced Ballistic Concepts. The ballistics of this Rotometal are reported online to be similar to lead, with much less deformation upon impact. That agrees with my tests of it, which I found to be great for not fouling barrels, and having excellent velocity since it is light-for-caliber.

I received another 1000rds of Fedarm lead-free S.A.L.F. in 9mm and did some headstamp checking. There was a wide range of brass that dated from 1991 to 6 months ago (I found one of the new Browning headstamps). Instead of posting all 75 variations since they are mostly duplicates to those above, I will just show the interesting ones due to newer dates or rarity:

Just noticed a label of sorts on the outside of the poly bag which the ammo is packed loosely in (was on the bottom side of the bag in the box it came shipped in). I notice that Fedarm has taken to the practice of referring to much of their ammo as factory-seconds, which I’m sure goes to helping alleviate them of most liability since these are supposedly sold for components only, but they are the exact same ammo as all of their other ammo, which I have always found to be fine anyway. If you inspect 100 rds of any of their stuff you tend to find around 1% with visible issues, most of which would probably work fine anyway. I have never found missing or damaged primers.

In your second to last post, what is the headstamp on the bottom row, center cartridge? Symbols on top with a stylized 9mm LUGER on bottom.

That is the said Browning case. No Symbol but their logo. We discussed this here before.

That was a 9x18 case that mistakenly found its way into that lot of processed range brass. I find it to be the most common sorting error by range machines that separate by caliber - allowing the occasional Makarov case into the Luger pile

Some reloading companies even have loaded 9x18 cases in the 9 mm Parabellum line. I’m sure I have pictures of an example in my files. I’ll try to find it.

Here it is; it was reloaded by Alsa Pro in Czech Republic. Headstamp is the same as above.

Just an update on this ammo for the benefit of those searching the internet about it. The manufacturer, Fedarm in Arkansas is still manufacturing relatively low grade range ammo, and still has Shore Tactical in Maryland proxy-selling it direct for them (they drop ship direct from Fedarm via Gunbroker sales). Shore Tactical has changed its name twice - first to STgunbroker, and now STauctions, probably because of all the negative forum chatter regarding their poor customer service and the low quality products that people complain about from Fedarm. Currently, Shore Tactical is still selling a bunch of different Fedarm ammo via Gunbroker and they don’t even mention Fedarm as the manufacturer, again due to all of the negative chatter online from the past few years. Fedarm is also reportedly removing or obliterating the return address portion of the UPS labels which they print and put on their shipping boxes before UPS picks them up for shipping to customers. ST uses a lot of fishy lingo in the auction description to alleviate themselves or Fedarm of any liability such as saying that the ammo is “factory seconds” and as such should be technically considered as pull down stuff for components only, but obviously they are selling it as shooting ammo - it is the only sort of ammo they sell (there are no “factory 1sts”).

So long story short - Fedarm is a bargain-bin FFL-06 loading ammo that is mostly reman with relatively little Q.C., and instead of selling it direct via their own retail website which is almost always out of stock on everything, they proxy-sell it via Shore Tactical who operates as “STauctions” on Gunbroker so as to sell it liability free in a fishy “components only” sort of way. All this being said - the ammo that I have received from them over the years, which consists of a few thousand rds of 9mm & .45acp lead-free SALF, as well as some standard FMJ 9mm, and some reman 5.56 Tracer has all been relatively ok. As to why an outfit such as Fedarm is able to acquire or manufacture the odd S.A.L.F. lead free bullets is beyond me. They are similar to the Zeurillium bullets from Advanced Ballistic Concepts or the Zinc bullets from Alchemy Ammo (National Police Ammunition), and are probably made from Rotometal’s “lead free bullet alloy” which is a Bismuth / Tin mix.

Thanks for the update!