[b]I recently came across a couple of these pinfire shotshells loaded by A.L. Semple & Co. of Louisville Ky.

Alex L. Semple was a dynamite manufacturer who sold powder and mining supplies. He was known to have been in business from at least 1900 until 1906 when he was thrown from his spirited grey mare in and as a result, died. His shop was at 2016 (now 1628) Third Street, Louisville, KY.[/b] 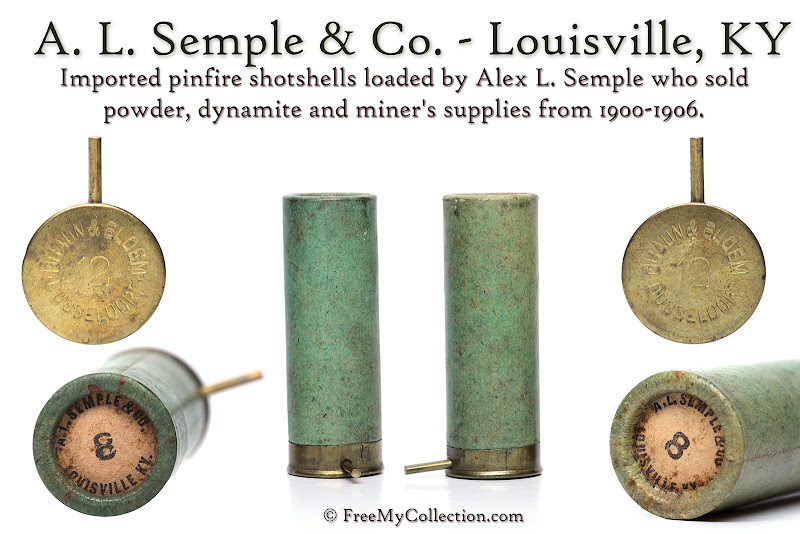 They came in this box which I do not own. This empty box recently sold for $500. 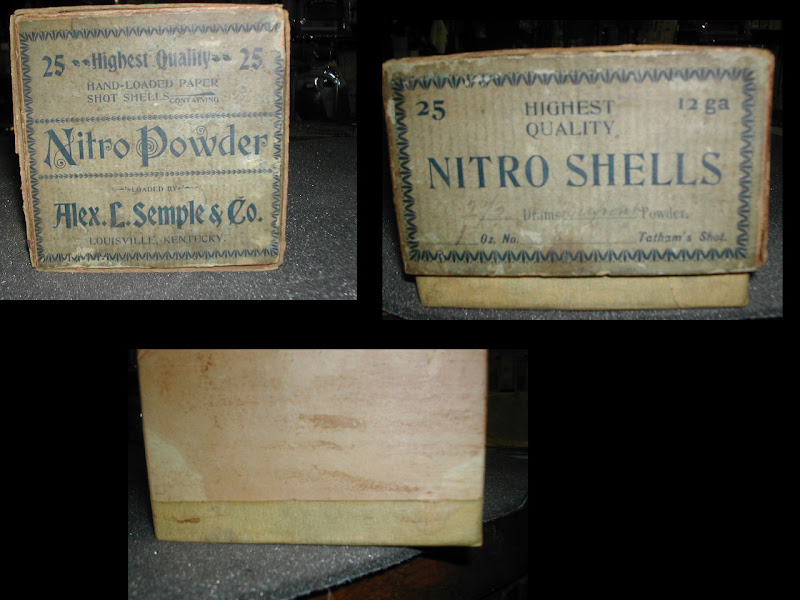 Here are some other US loaded pinfire shotshells as well. 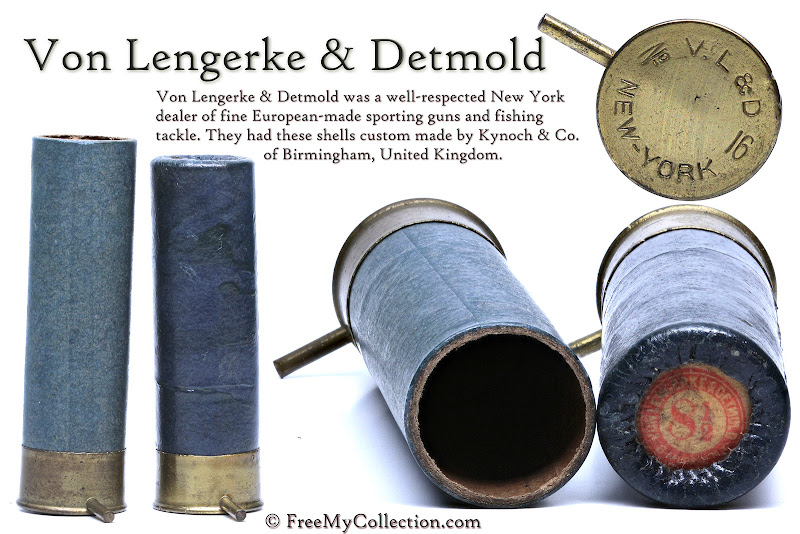 UMC; This shell I Will own in a couple weeks: 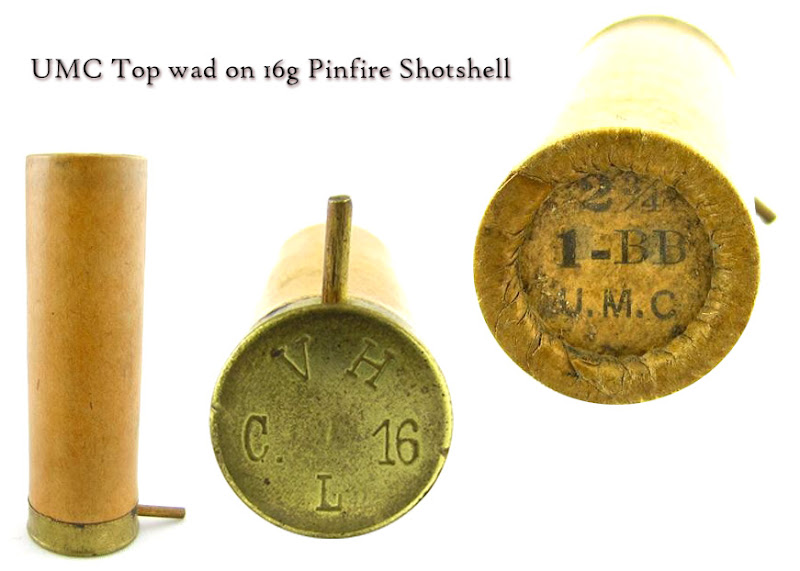 The following two items are not owned by me (because I was stupid and missed the auctions!): 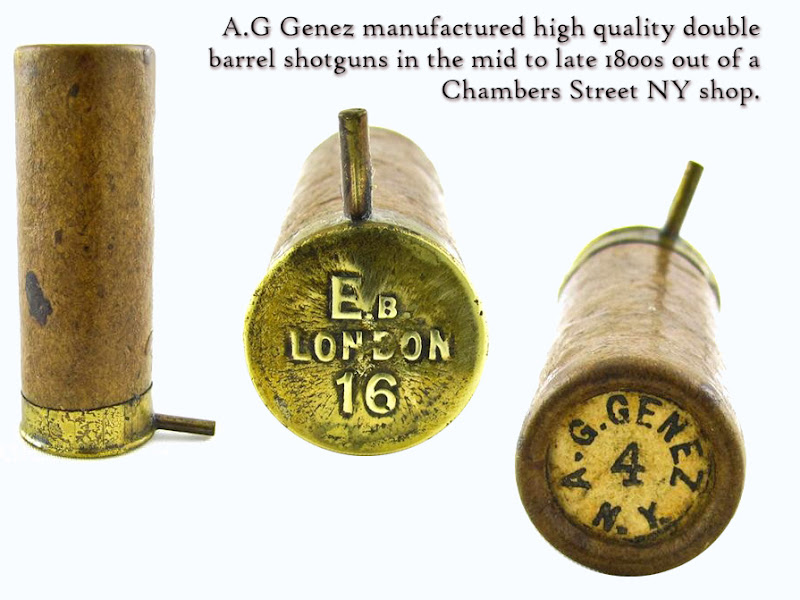 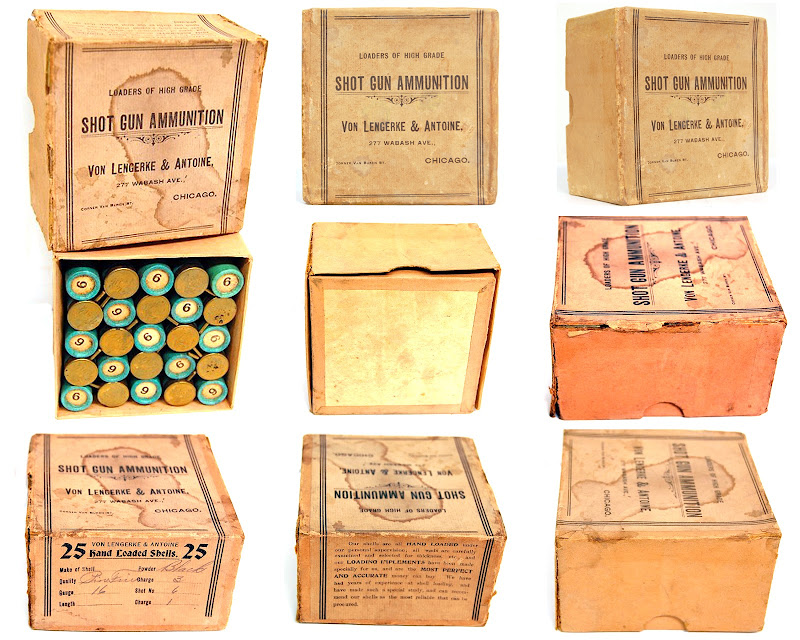 I would like to see any other US loaded pinfire shotshells any of you may have.

Aaron, great cartridges and boxes, thanks for sharing.