Cartridge with a screw-in bullet

I can vaguely recall seeing a cartridge with a bullet that had threads on its base that allowed it to be screwed into the case to seat it. Can anyone give me some guidance.

Guy, so far I have observed that only on “semi fixed” artillery ammunition where the charge had to be adjusted for different ranges. Shell and case were fixed then by a bayonet lock type design.

What caliber range do you talk about?

I believe it is a large caliber pistol cartridge - 44 to 45 caliber, perhaps?

That’s not the one, but I appreciate your effort. Here’s a picture of the cavity of a bullet mold, and I’m trying to determine what it is for. It is supposed to be around 45 caliber. There is a 9mm and 12mm Galand also listed in Buttweiler’s that sure seems to fit the bullet profile or your mold.

Your mold is for Galand patented reloadable cases. 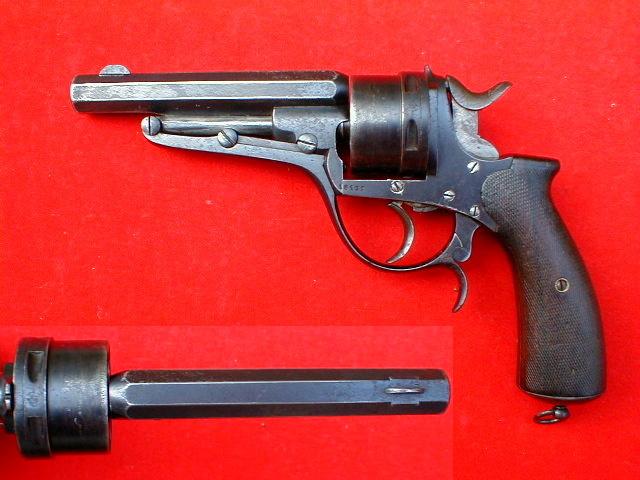 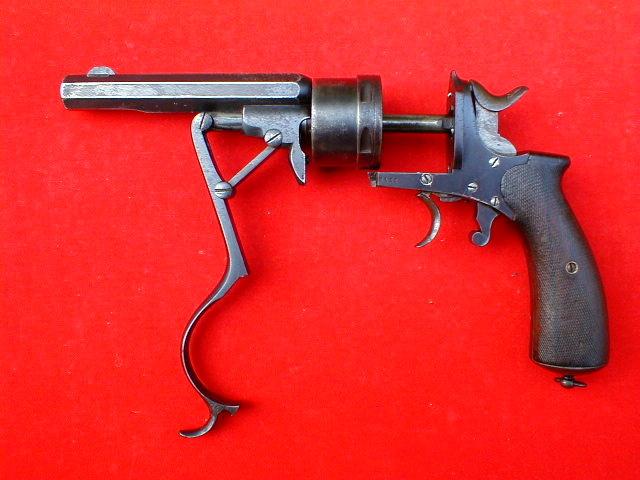 Chassepot and Rich,
Thank you. That looks like the one.

OK guys (and Guy). You can’t leave us (me) hanging there. Does the bullet really screw into the case? If so, how does it seperate itself from the case upon firing? Does it simply strip the theads? If so, why is it designed that way?

Ray,
I have never had the opportunity to peer inside of one of these empty Galand cases, nor in fact have I ever seen one before, except pictured in an article in some unknown magazine (perhaps Gun Report) from which that wisp of a memory that I had came from. As I understand, however, the bullet does screw into the case. Perhaps Chassepot will respond.

[quote=“Ray Meketa”]OK guys (and Guy). You can’t leave us (me) hanging there. Does the bullet really screw into the case? If so, how does it seperate itself from the case upon firing? Does it simply strip the theads? If so, why is it designed that way?

But about 30 years ago some people in France did modern ones (no hstp).
I don’t remember the shape of the bullet (round I think)
Perhaps Yves cn give you the trick to recognize them and check if your mold is OK

The faked bullets were made in Paris’Flea Market by a specialist in ancient guns, a Mr. Serpette, in the late sixties.

This man won a little fortune in buying out of age Winchester lever action carbines and rifles in the USA, guns in a so poor condition that he could get them cheaply in quantity, and sold them more then ten times the price in France, as, at this moment, they were almost none available on the spot!

He owned a GALAND gun, a bullet mold and also had a small quantity of steel cases manufactured. to test the weapon. These case were poorly made on lathe, with rough circular tool marks. Also the bullets show the vertical separation line due to the two bullet molds, poorly made, and lacks the old patina.

When he had sold the gun, he had some cartridges left, and , of course, offered them as purely authentic to naive collectors…As you can see, a quite honest fellow!

I can confirm that the specimens pictured by Yves are absolutely genuine.
Chales Galand spoke about its invention, as usual, with emphasis in his catalogues…!

Would anyone have an idea what one might expect to pay for such a tool? Its obviously not something you run across every day.

Ya’ll notice how every time someone asks what something is worth, it pretty much shuts down the conversation. I retract my question.

Ray,
One or your questions was not addressed, that being why the bullet was designed with threads. I believe that’s what made it easily reloadable. The cases are de-primed and reprimed with the tool/mold. Then while seated in your favorite chair in front of the tv, you measure out the powder and screw the bullets in place. No need for a press, or a mallet, plunger and seating die.

Here is an illustration of this mold from “Album Galand - 1879”