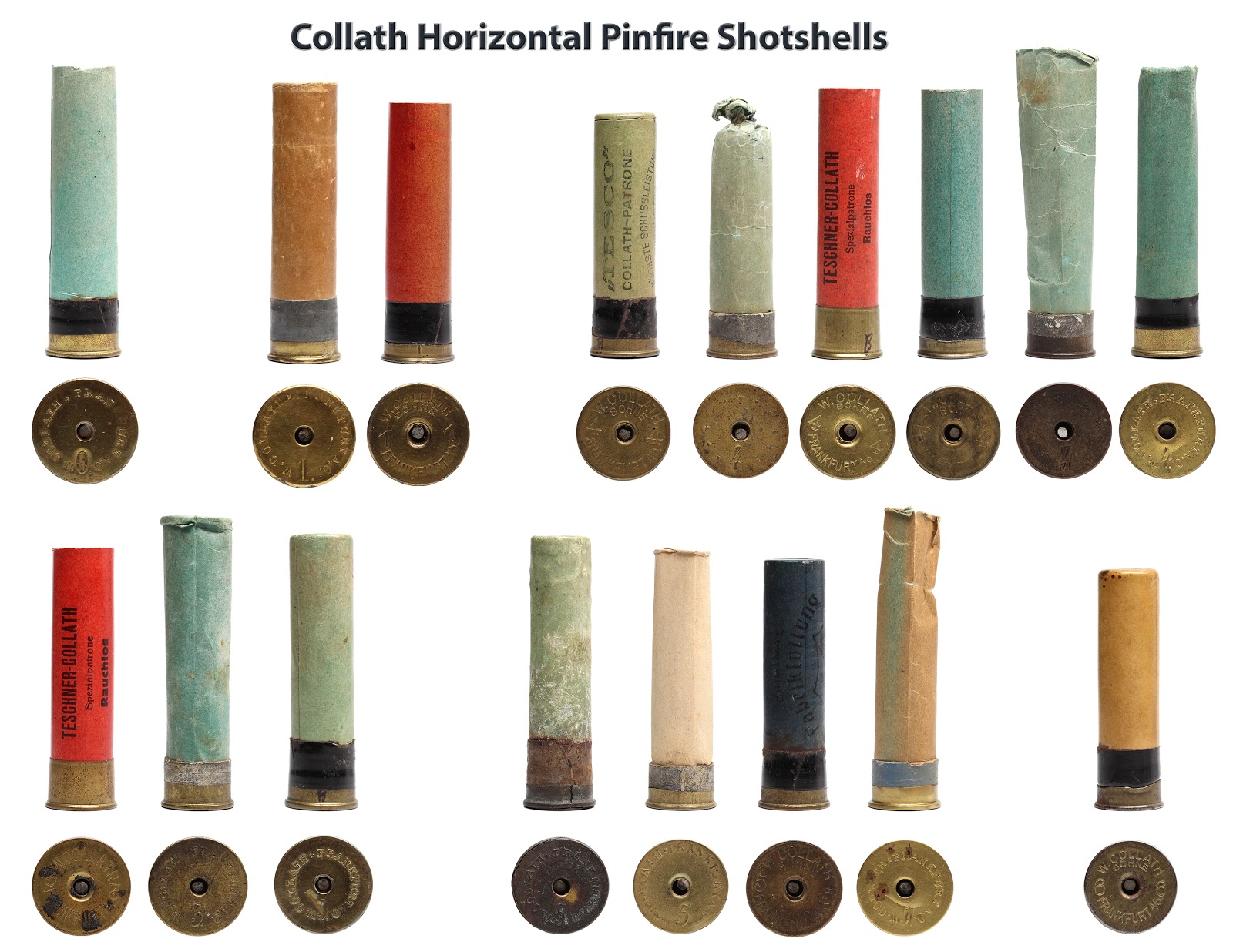 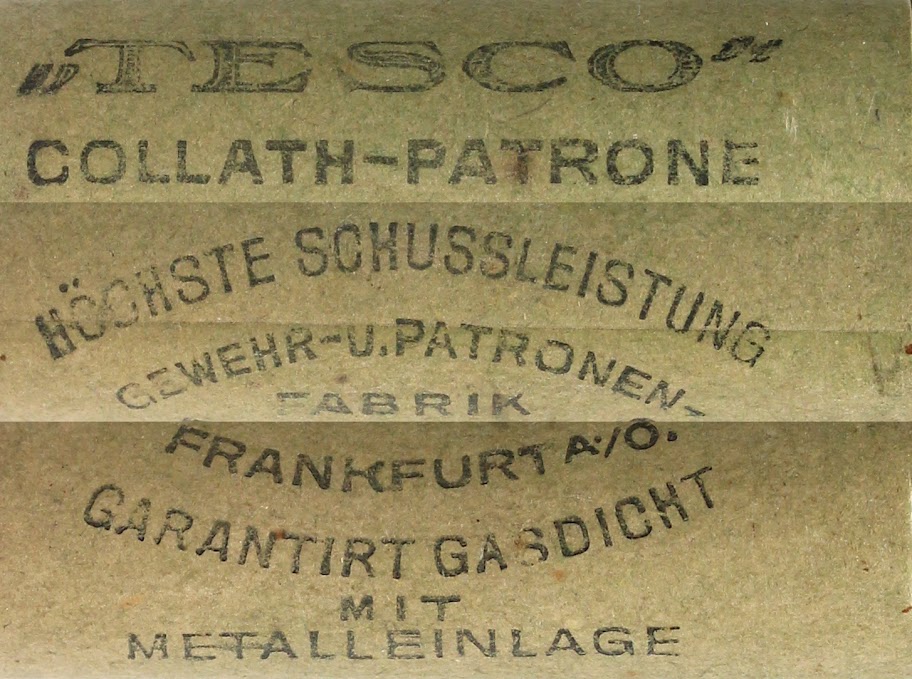 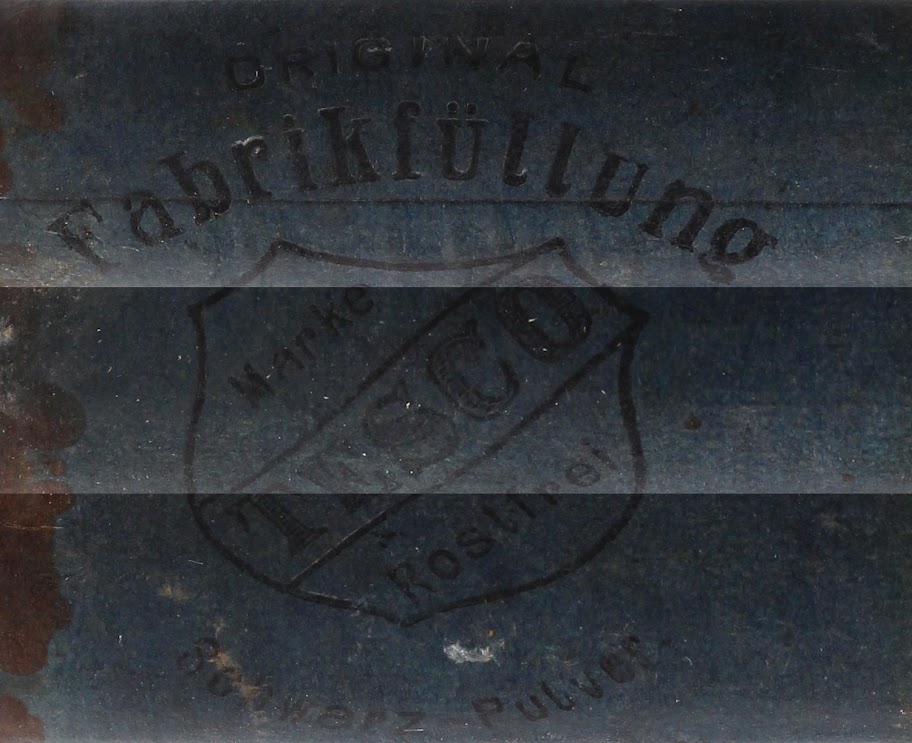 What a beautiful collection of shotshells Aaron

I have a basic question; from the first row of shot shells you show, the 5th shot shell in from the left with the light green case. Was it a standard or common practice, for the time, to twist the end of the paper shot tube closed once the shell was loaded?

Was it a standard or common practice, for the time, to twist the end of the paper shot tube closed once the shell was loaded?

I doubt it was common. But I do not know for sure. However I also have this 15mm pinfire shotload that is twisted like that:

Twisting and tying was a recommended method to close the paper end of some of the early Dreyse and Collath shotshells. It is evident that this was a practice inherited from the paper cartridge era, and this can be seen in many different types of Dreyse cartridges.

GREAT SHELLS AARON - I HAVE A WEAKNESS THAT INCLUDES THESE TYPES OF SHELLS. YOUR POSTS ARE ALWAYS INTERESTING TO ME EVEN THOUGH I DO NOT COLLECT PINFIRE CARTRIDGES.

FEDE YOU ARE A MOST AMAZING PERSON - YOU ALWAYS POST THE MOST DEFINITIVE INFORMATION. I HAD ALWAYS WONDERED WHY THE EARLIER VERSIONS OF THIS SHELL HAD A PAPER CASE THAT WAS NOT MUCH MORE THAN PAPER - NOW I KNOW!

Updated these to include the new ones I bought. Click here for a full-size version. 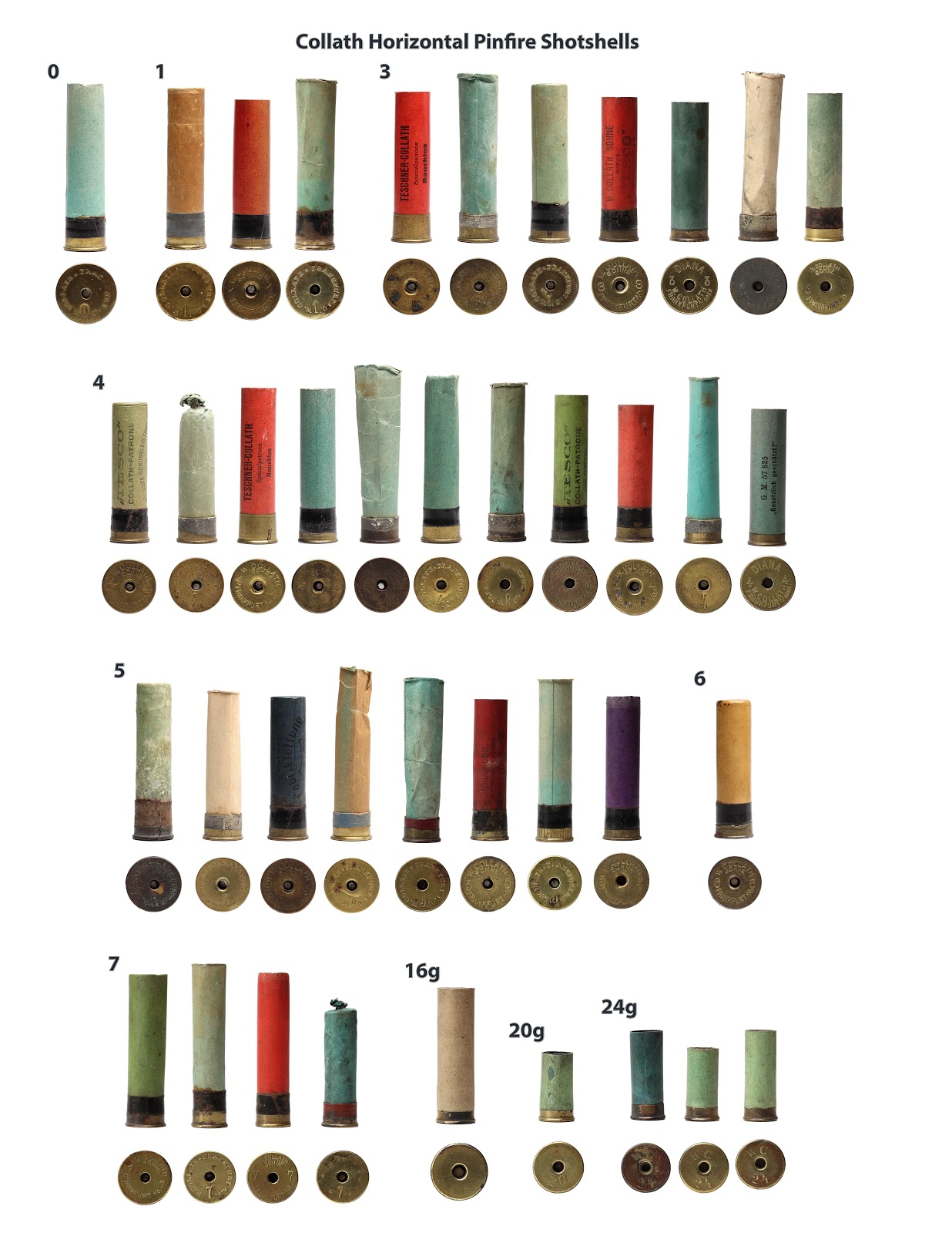 Just curious, what is the largest pinfire ammunition? Do pinfires come larger then shotshells?

4 ga is the largest I’m aware of, however they could very well have been used for market hunting in a punt gun. I just don’t know of an example.

And they were made in almost every gauge / bore that a ‘modern’ shot gun shell in found, plus a few more like 11mm or 13mm.

(talking about the conventional pinfire not these horizontal pinfires)

Thank you, for the great info :-) Now I have another question, what is “Market Hunting” ?

The largest I have seen is 32mm pinfire, see if I can find a picture of it, it was for a small punt gun as Pete suggested.

Market Hunting, is shooting to sell for a living “in most cases”.

Jason
At the turn of the century (1900’s & before) should you wish for some inexpensive rabbit or perhaps a duck for supper & lived in a big city, all you had to do was go to the local grocers & if they had it, you could buy a skinned rabbit or perhaps one not yet sinned, same with wildfowl (Swans, geese & so on). One of the reasons why today if you wish to hunt wildfowl you need to buy a federal duck stamp, the market hunters were depleting the game with punt gun hunting. A punt is a small boat usually moved by sculling the oar(s). This boat was used to propel a hunter who was likely prone in the boat, with a punt gun (usually a very large bore 1.5" 2" & so on set in a yoke in the bow) out to where a large flock of birds were feeding / resting. When the hunter got close enough he shot & killed a great number of birds (if he was lucky) as you can imaging a great number of birds were also wounded & so not able to be harvested.
So this method of market hunting was eventually stopped due to a lack of birds & the market for the birds for sale in the local market dried up.

This hunting was done in Europe and the US.

Pictures and a drawing of the said cartridge, the cartridge did belong to a friend but I believe he not longer has it and the drawing credit to Ken Rutterford as it has his distinct style to it.

Aaron, my apologises for posting this in your Collath topic, I hope you don’t mind.

Thank you, Pete and Eightbore!

Really fascinating and totally new to me. Appreciate the you guys explaining this to me. I am happy it is no longer done like that :-)

Pete, I can still buy rabbit at my grocery store!

Here is a rabbit ragù atop a grilled buttered polenta I made this past weekend. 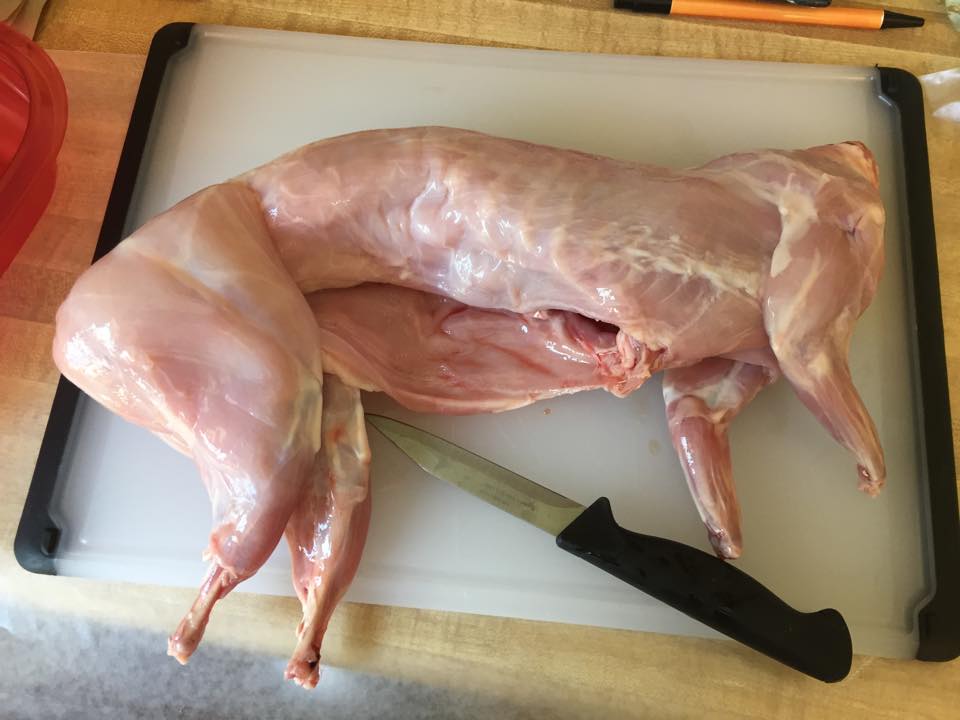 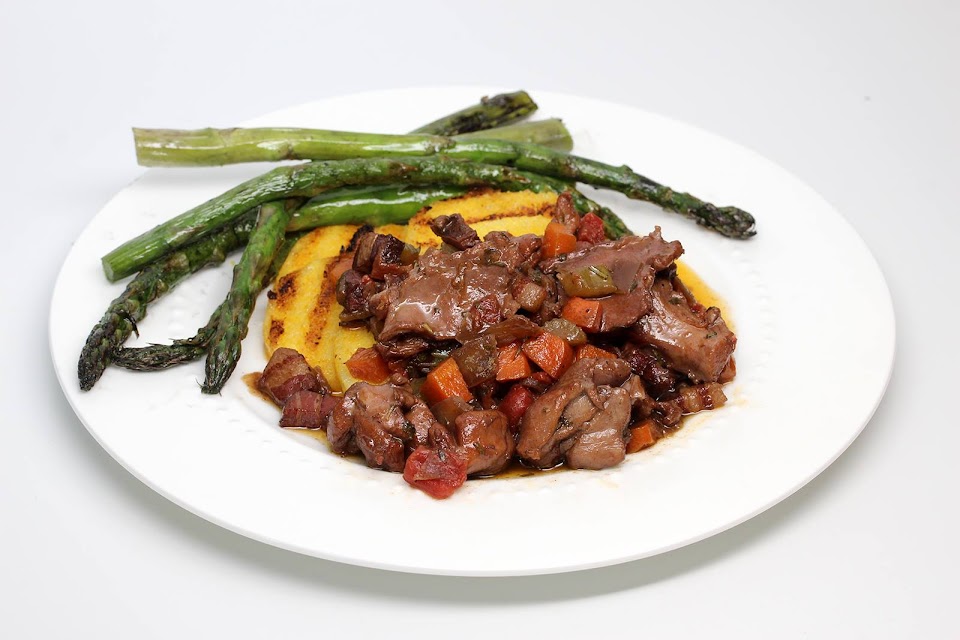 Also, as for the biggest pinfires, see this thread from a couple months ago too:
viewtopic.php?f=8&t=16185

Hi Aaron
That dinner looks delicious, except for the asparagus UGH !! ( one food I have a hard time with)

You must live in a great neighborhood with a store like that, find any bb’s?

Nor do I yet, I was offered one but didn’t have the cash at the time, wish I had found some now as I have not seen another since.