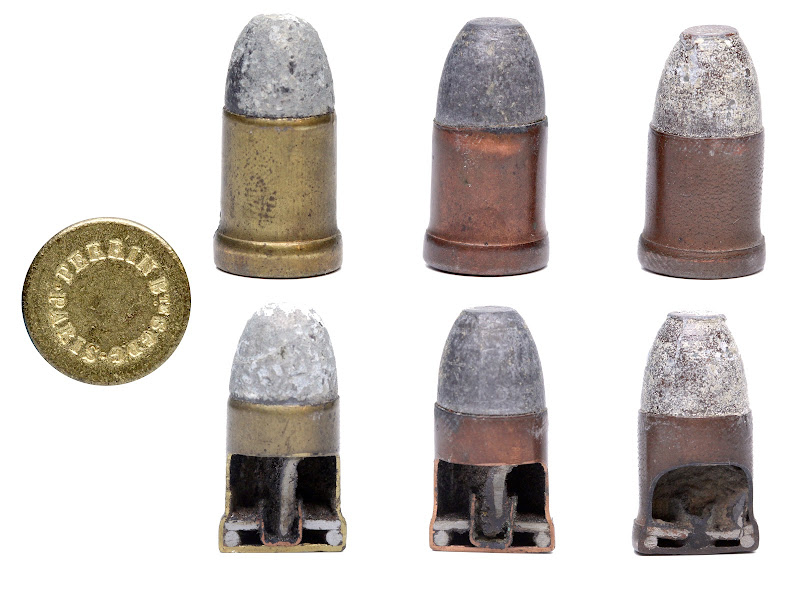 Here are a couple variations of primers in the Perrin cartridge.

The two on the left are supposedly made by Gaupillat and were the ones imported for use in the American Civil War. (Between January 6, 1862 and May 31, 1862 550 French Perrin revolvers were imported to Major Peter Hagner, of New York, with permission by the Chief Ordnance Officer, Ripley. 1000 were actually ordered, but the other 450 were lost en route.)

They are the common type with the bar anvil that goes up to the base of the bullet.

The one on the right is the other primer type which does not have the anvil. I was told that it is a “Pellet Primer.”

Any information on the pellet primer, or manufacturers of these in general?