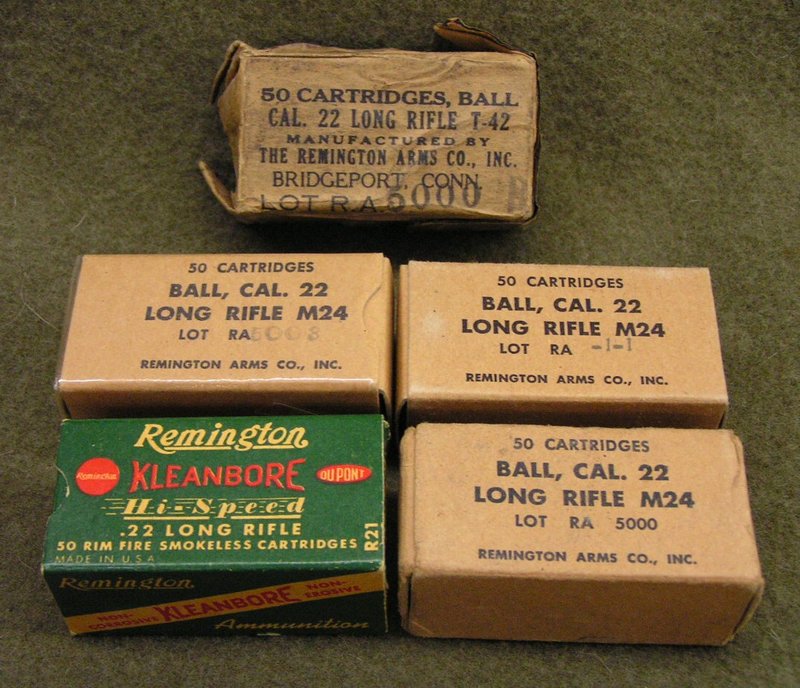 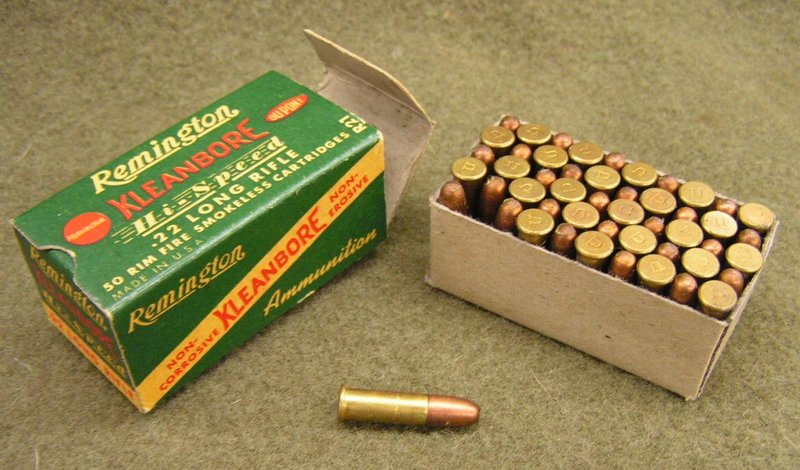 I am also looking for the late FMJ .22 LR M24 rounds…only the later version.

Albert–These pages from the U.S. Army TM 9-1305-200, Small arms Ammunition should answer most of your questions about the M24 cartridge. The M24 is NOT an Armor Piercing bullet. Click on the image to enlarge it for reading.

Interesting text in the official manual regarding the M24 FMJ round being intended for use on small game with survival weapons. I don’t think that was written “in the spirit of full disclosure”.

The original T42 FMJ rounds were developed at the request of the OSS in WWII. It was brought to their attention that the lead bullet .22lr ammunition issued with the silenced High Standard pistol was in violation of the Hague Accords ban on soft lead bullets in combat. They still continued to issue standard Remington .22lr lead bullet ammo until the T42 was developed, and after that as well. I assume since any agent caught behind enemy lines would likely get executed anyway, the spy agency really didn’t get THAT concerned about lead bullets being used.

The M24 was just a later production version of the T42. As most USAF survival weapons were chambered for .22 Hornet and not .22lr, there weren’t great opportunities for using it against small game animals. But the suppressed HD pistols and a few other offensive .22lr weapons were used up through Vietnam and later, and the M24 is the specified round for all combat usage of .22lr guns.

This seems to be a case similar to the markings on WWII 25rd boxes of 00 Buckshot ammunition that was also labeled for use against small game. I’ve never done that much bird hunting with 00B but I suspect it might be a bit more effective against enemy troops when cycled through a trench gun. Just Army CYA markings, in my opinion.

thank you for the info , this load is very interesting ,a few years ago I saw some data about a similar round . it was marked .22 LONG RIFLE M 24 54GR FMJ