I saw an article from Police Magazine which described a new load type from NPA called the H.E.L.O. “S.P.E.A.R.”. The HELO (High-Expansion Law Enforcement) is something NPA has described on their website for a couple years, and is a solid copper hollow point in various calibers. This new SPEAR design is some sort of copper or frangible pointed post in the hollow cavity designed to enhance penetration, expansion, and/or fragmentation apparently. The photo shows a .300 Blackout loading. 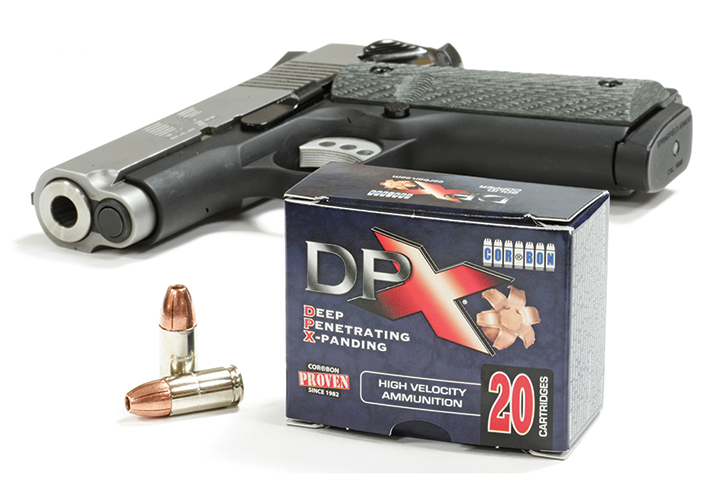 A wide range of rounds is available to meet the varying needs of law enforcement.

Below is the NPA HELO SR 300 BLK “Companion” rifle we custom built for our LE customers, specs include:

Shortened the name to HELO SR ( Sintered - Ram ) The bullet is currently patent pending, this is our Mil/ Gov variant. We will be manufacturing a civilian defense variant in the 4th quarter under the Alchemist Brand.

Looks nice. So that’s a SCHP bullet with a sintered copper pointed core?

On an unrelated note, in the current July/August issue of American Handgunner, on page 55 it shows some of your .45acp rds with a headstamp of: NPA RHT 45 ACP. . Is that a new headstamp, or something that has been around on L.E. loads from you? The projectiles shown in the same photo appear to be the current frangibles with smiley face.

Yes that’s our Headstamp required for our government frangible / leadfree contracts and we manufacture our own frangible bullets which are identified with a smiley face. Regarding the HELO SR I cannot get into the specifics but you are on the right track. I was intending to show some ballistic test results but being a new user I am limited to the images I can post, I will add some more detail tomorrow.

The HELO SR projectile is like nothing on available on the market AND ITS NOT A GIMMICK like so many complicated expensive milled bullets attempting to differentiate themselves.

And unlike milled copper bullets the HELO SR is designed for law enforcement and specifically to pass and exceed all FBI performance protocols.

Traditional ammunition utilizes a polymer tip at the nose of the projectile to assist in accuracy and energy transfer at the point of impact, unfortunately polymer deforms and melts in flight and does not retain its shape and lacks density when it impacts its target.

HELO SR 300 BLK 125 grain Delayed Expansion Test Variant 3 - Note that expansion does not take place until approximately 12" into gel, this is by design. With our patented bullet we can " program" the projectile to expand at any depth after impact within soft tissue maximizing damage to a vital organ without over penetrating.

The NPA Facebook page became active again lately, and it looks like they are rolling out the HELO SR with their website showing some new photos of the 9mm and .300 BLK loads. Not sure on availability as the website shop tab is not working at the moment, and I dont see it anywhere online just yet.