Hello everyone,
Can anyone tell me what this might be- it is written in German. I have tried searching the internet and have had no luck finding anything close to it. This is my first time posting something with a picture attached so if the above link does not work I will try it again. Thanks for your help!

They’re 2 m/m rimfire blanks. There was a previous thread under “2 mm rimfire” that provides pictures of this and other 2 m/m rimfires. Jack

As Jack said they are indeed 2mm rimfire blanks.

Here are a couple of the guns that shot them, made by Kolibri (others made them too) (these are not my images) And here are some of the other boxes in my collection 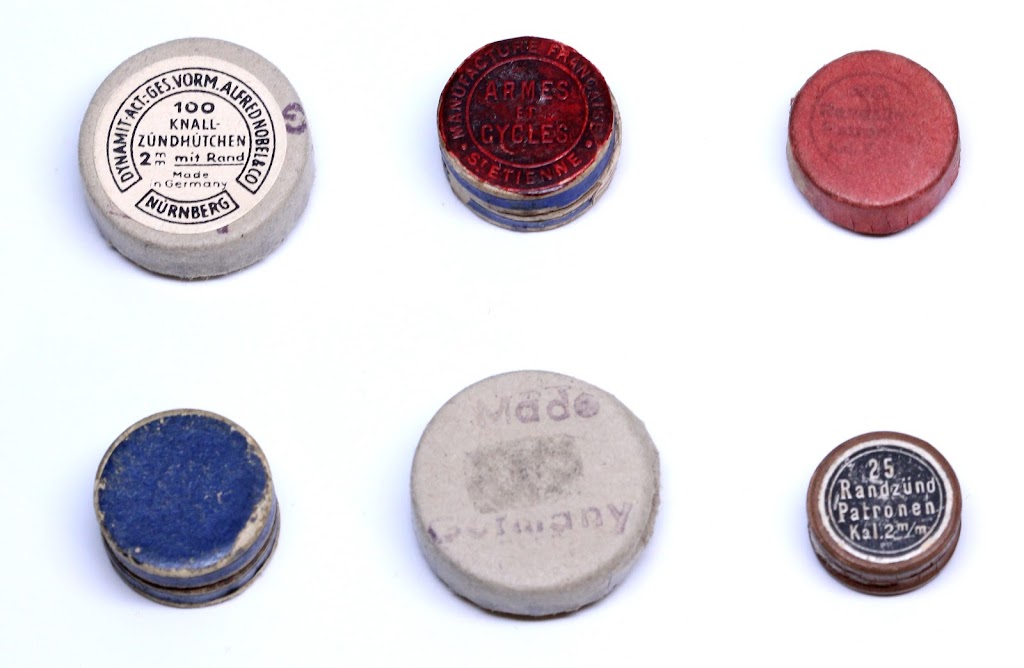 Some of the earlier cartridges were made around the turn of the last century. They were actually longer, with a thinner rim, and had a bullet. They were made for guns that were actually tiny little versions of actual guns. they were still mainly novelties though.

Here is one of the earlier 2mm thin-rim rimfire guns. Your cartridges would not fit this:

These 2 mm rimmed blanks were made by Dynamit AG in the 1950’s to be used in “Berloque” and Lilliput-Browning single shot pistols, though they could also be fired in any of the pre-war pistols chambered for this special cartridge. There is also a variation without a rim that looks like a tiny percussion cap.

There is also a variation without a rim that looks like a tiny percussion cap.

Fede, I think you are probably talking about these? 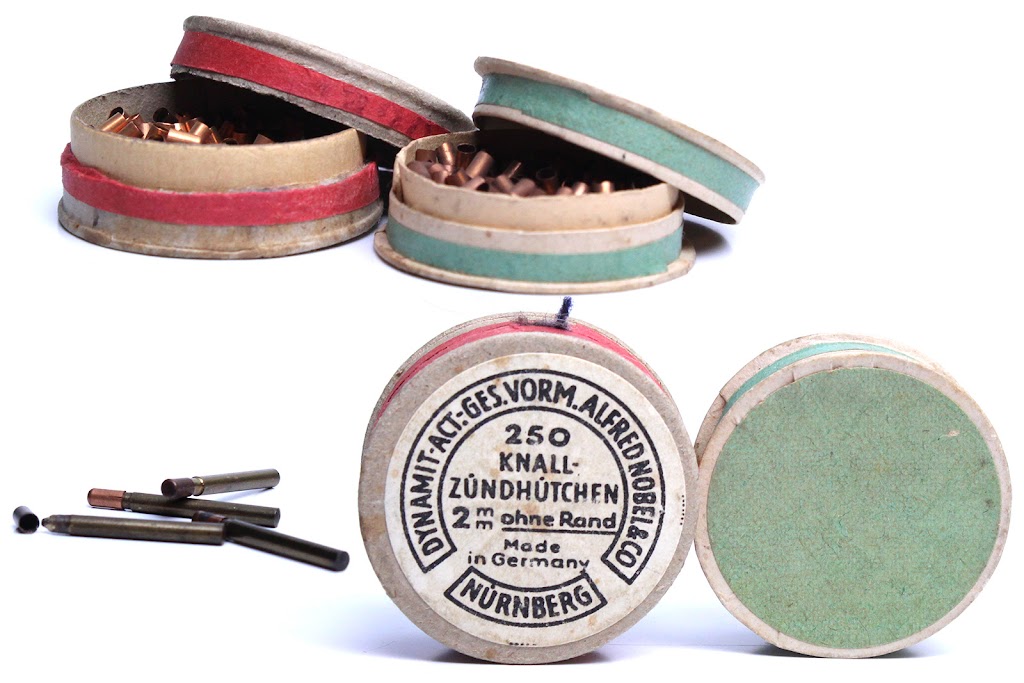 If so, these are not really a “variation” as they are not directly a cartridge like the 2mm rimfire or 2mm pinfires would be. These look like tiny percussion caps because they are tiny percussion caps, which allow someone to reload a pinfire shotshell without a recapping tool. They just slide in the existing hole with the smaller pin.

Aaron, yes, these are the ones I mentioned. Both variations are listed in a RWS price list c. 1958 under the heading “2 mm Rimfire Caps” and also both 100 and 250 round boxes mention the word “Knall”, which is term typical of blank cartridges, not primers. As far as I can tell, percussion caps for reloading pinfire paper or brass cases are listed in pre-war RWS catalogs but none of these 2 mm blanks are mentioned. Maybe offering these as “2 mm blanks without rim” was a post-war recycling solution for obsolete pinfire primers, but I just don’t know because I have never compared these two.