Pinfire Cartridges made by Hirtenberger during WW2

I was recently reading an excellent publication that Hirtenberger published a couple years ago titled:

It says they were still making pinfire cartridges during World War 2.

Here are a couple of the later boxes and cartridges; A later made 7mm box and a 9mm box that was made between 1938 and 1944: 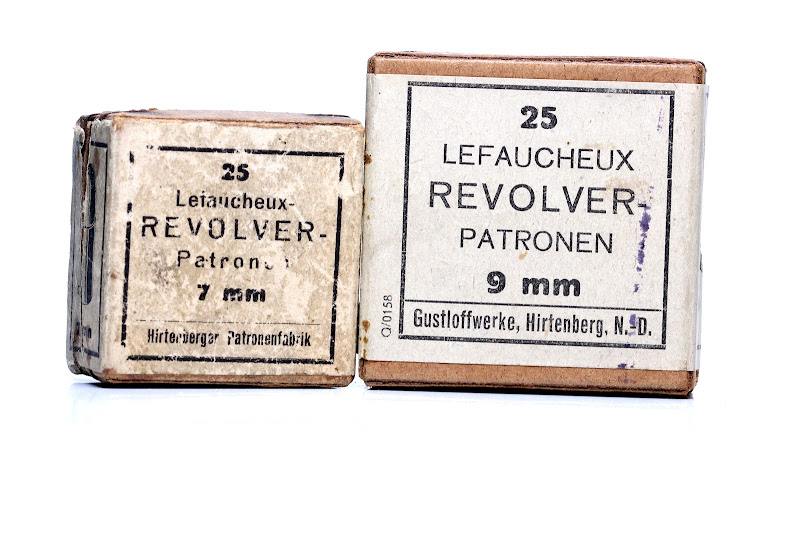 These have the script H headstamp just like their rimfires. 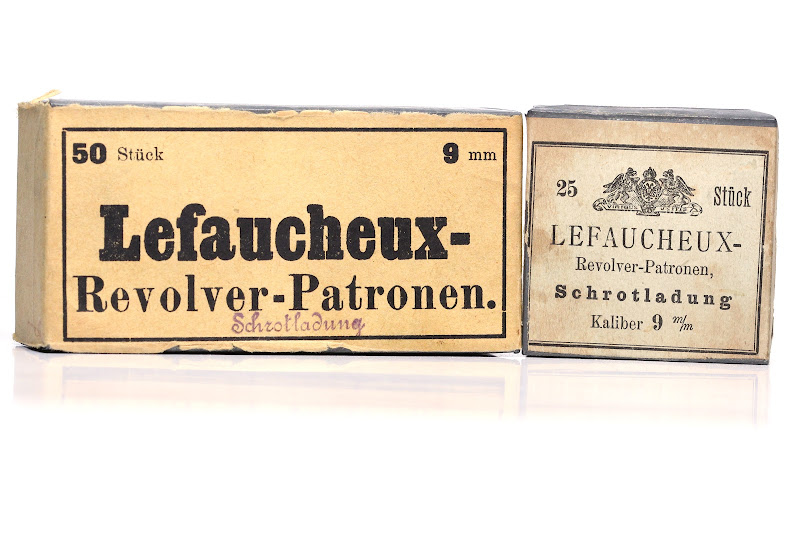 These have the KC inside a star-burst headstamp:

Additionally, the box on the right is the box that the shot load (Schrotladung) cartridges with all of the sabot length variations I posted a couple weeks ago would have been sold in.

Thanks for the Link to the 150 Years of Hirtenberger Book…a mine of information, regarding both WW I and WW II ammo, and the ins and outs of the Nazi takeover in 1938.