For interested: little information about pinfire headstamps from Russia.

Thanks for this info. I have not seen some of these headstamps.

However some of them are not actually Russian and some of the niezidentyfikowany (unidentified) ones are also identified.

The 7mm and 9mm ones with the dot over the size are made in Sömmerda, Germany by Dreyse & Collenbucsh.

And the SB one was made in Prague, Czechoslovakia by Sellier & Bellot

I’m going to have to check out those forums you mentioned on the paper though and see what information they included about some of those other ones as some I have never seen before.

Aaron, is the double headed eagle to be associated with Czechoslovakia? I am asking since S&B also had a plant in Riga but the latin script is puzzling me now since Riga used cyrillic script when the full name was written on other head stamps like 4.2-line and .380 revolver cartridges.

From all of the information I have seen yes.

There are boxes of these known.

Also, one of the Russian websites that had those pictures identified them as Prague too.
http://talks.guns.ru/forummessage/216/638077.html

Now the other one pictured is a shotshell and I have no idea about it, maybe it was made in the Riga plant? I tried to highlight the headstamp from the poor picture: 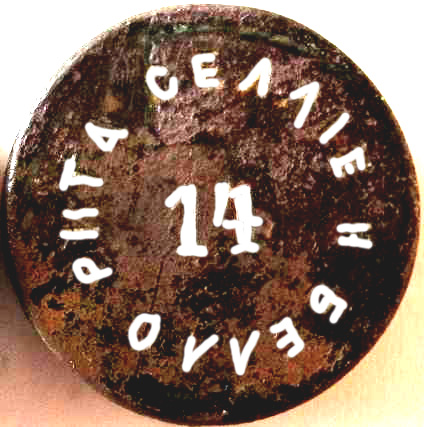 And from what I have seen, generally the rule is this:

The Sellier & Bellot Headstamps that only contain an “SB” such as (but not limited to) the following:

…were made in Prague, Czechoslovakia.

Where as the S&B headstamps that were made in Germany at their plants in Schönebeck and Elbe had the cartridge size as well, such as:

That Russian forum is mainly a statement of an opinion. Regardless if correct or not we may look at the Eagles Czechoslovakia and Russia are using (also in the past).

Looking at the Russian eagle I can not make a tie to the head stamp in question as a Czechoslovak one. The eagle in the hs looks to almost 100% like a Russian one.

I am not saying who is who or who is wrong. I am just interested to find the correct ID.

Is there anybody with a box for this hs? This would solve everything I guess.

Ok, I have found it!

This hs is definately S&B in Riga.

There is a 4.2-line revolver cartridge box made by the Riga plant which is using exactly this eagle. The box is marked bilingual in Russian and German.

Now I am waiting to get permission from the box owner to show the box here (copyright issue, image is taken by him). 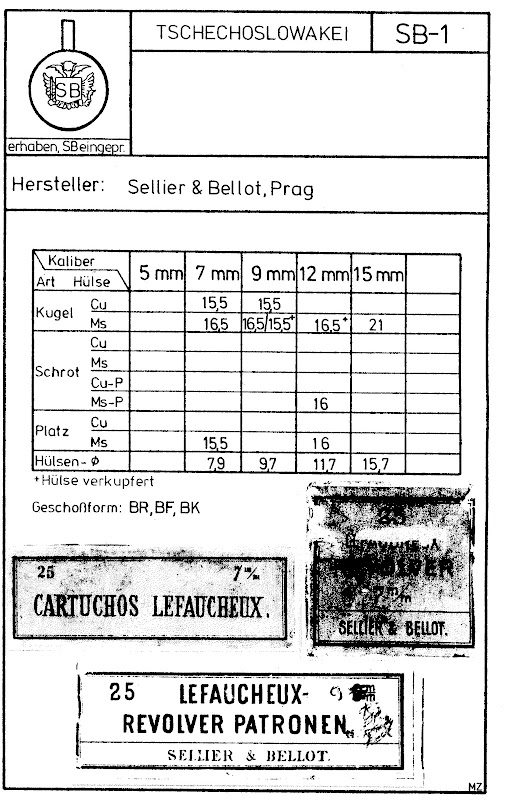 These are pinfire boxes with this headstamp which conveniently have no location included on the box.

The one I have a photo of does show the eagle with the shield right as on the hs and it says “Riga” on it.

That double headed eagle is used all around the world. (Past Spanish Coat of Arms, German Confederation COA, Austrian COA for awhile and many many others linked below)

It started as a symbol of the Byzantine Empire and the Holy Roman Empire.

Ha so who knows?

This hs is definately S&B in Riga.

There is a 4.2-line revolver cartridge box made by the Riga plant which is using exactly this eagle. The box is marked bilingual in Russian and German.

Now I am waiting to get permission from the box owner to show the box here (copyright issue, image is taken by him).[/quote]

You could PM it to me if you want too, I would like to see if even if it does not get posted here.

Just give me some little time to get an answer from the copyright holder and I will post it here for all. If not we will keep on later by pm.

Hello
I am glad that I called this discussions ;)

I have only this document which can to confirm this theory, Is this announcement of representative of firm in Warszawa (Warsaw)

PJB, I agree. Good you asked since this was importatnt for me too, just for a different reason.

Also great to see your Polish advertisement confirming my thought and the box image.

Inbetween I got the ok from the copyright holder. So here the image of the box.

So can we definitely say the S&B headstamp with the double headed eagle was made in Riga then?

Also, what is some information about the Riga plant? were these mainly sold in Russia? For export? What were dates?

EOD, the S&B headstamp with the double headed eagle is far too common, found everywhere and it is not specifically related to Riga. In 1835 when Sellier & Bellot obtained the honor of becoming the supplier of cartridges and percussion caps to the Austrian Imperial Court was given the privilege of using the Imperial Austrian Coat of Arms (the double headed eagle). The Riga branch was established in 1884.

Fede that sounds good. Are there any Austro-Hungarian boxes with this eagle logo?

Oh, great, so we have evidence that all three plants (Prague, Schönebeck and Riga) were using this logo.

Some additional pictures, which I hope could be usefull:
The Eagle at Russian coat of arms holds only sceptre, the Austro-Hungarian and S&B eagles hold sword and sceptre

And also S&B factory in Riga was privat company. It was not easy to receive the permission to use the State symbol as company logo for small factory in far Лифля́ндская губе́рния (Lifljand province). Most probably that this company was allowed to use the Province’s coat of arms. But for Lifljand province there was Lion, not Eagle:

Treshkin, check on the box image on page 1. The box there has this eagle and it is from Riga.