I picked up an amazing box that will be the centerpiece of my SLICS display in April on “Bulk Packaging of Pinfire Cartridges.”

It is a brick of four of the longer 12mm carbine length cartridges by Houllier-Blanchard. These cartridges are the longer size that were popular with the revolving carbines used in the US Civil War, as well as other countries. 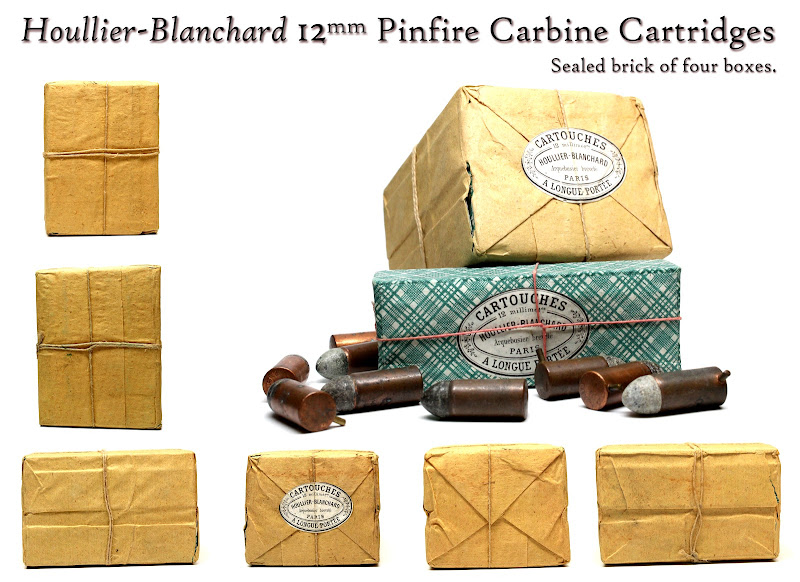 And for anyone who cares, here is a little background on the company:

Charles Hypolite Houllier (1811-1871) was born into a family of Liège gunmakers. He moved to Paris, and in 1837 married Lucrèce Blanchard, daughter of a Parisian gunmaker. After the marriage the firm took the name Houllier-Blanchard and traded at 36 rue de Cléry. The firm was awarded medals at the Great Exhibition of 1851 and the International Exhibition of 1862, both in London, and the Paris Exposition Universelle of 1867

Yes, very nice. Some amazing items on your website also.