hello
Just want to share some rare photos of Soviet experimental FSDS / flechette ammo, because i was able to acquire a sample round for my collection (1st photo)
The flechette concept was experimentally pursued in USSR since early 1960s, following the development of the 100mm APFSDS ammo for AT guns
One of concepts was to develop a ‘rifle / MG’ type round, with intent to replace obsolete 7.62x54R
All known prototypes used Novosibirsk-made (188 code) x54R cases, necked out to about 10mm (some bottlenecked, some just tapered)
Sabots were made either from polymer or aluminum, with 2 halves.
Steel darts / flechettes had threads around the body to provide better grip for the sabot; dard caliber is roughly 4.5mm, weight is not yet measured, MV is about 1150 m/s if i remember it correctly
test weapons were Goryunov SGM (with smooth-bore 10mm barrel) and Dragunov SVD (also smooth-bored to 10mm) 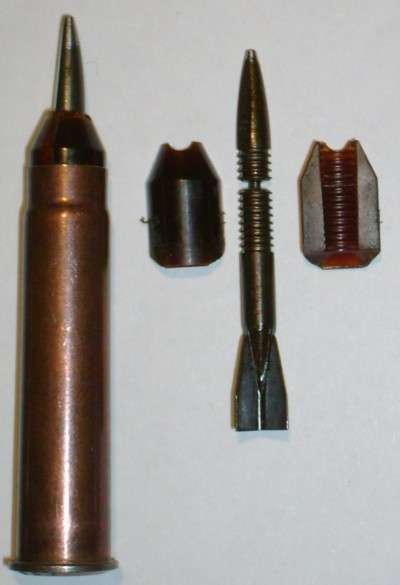 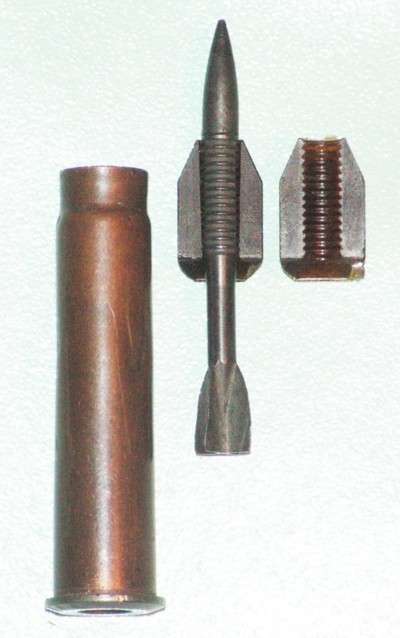 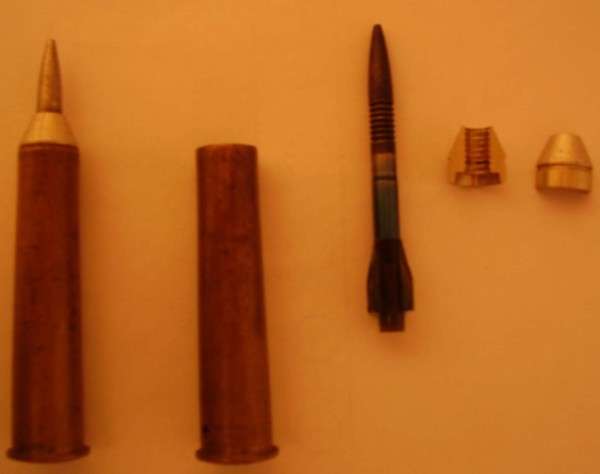 Thanks for showing us the photo’s, now I want one of those rounds :-)

Those are sweet! I bet they are ultra rare! Thank you for posting those pictures.

Interesting, and thanks for sharing. In some of the larger APFSDS rounds, a thinned section like on the top round is used to reduce range, by causing the dart to break up in flight; does this round operate the same way (reduced-range)?

SDC, this is a predetermined breaking point to enhance the wound ballistic effect. There is also a version which has a “cut” from one side to about 50% of the diameter of the flechette.

Further there are versions (image #1) which have a flat side on the ogive of the flechette to support dispersion of a full auto burst.

Further there are versions (image #1) which have a flat side on the ogive of the flechette to support dispersion of a full auto burst.

I’m sorry but I had to correct you. This flat part of tip also was attempt to increase damage but not “support dispersion”. Flechettes are not so accurate to give them additional actually unnecessary dispersion.

Any idea how the belts would look like with the modified SGM weapon ?

[quote=“JFL”]Hello,
Any idea how the belts would look like with the modified SGM weapon ?

Here are some links:

Thank you very much for this wonderful picture !