I always thought that these Swiss artillery primers with a bottlenecked case dated from the 1920’s, but found a drawing of the inside primed variation in a Spanish book from 1890. Actual specimens of this early model are unheadstamped, unlike most of the later models with Berdan primer. 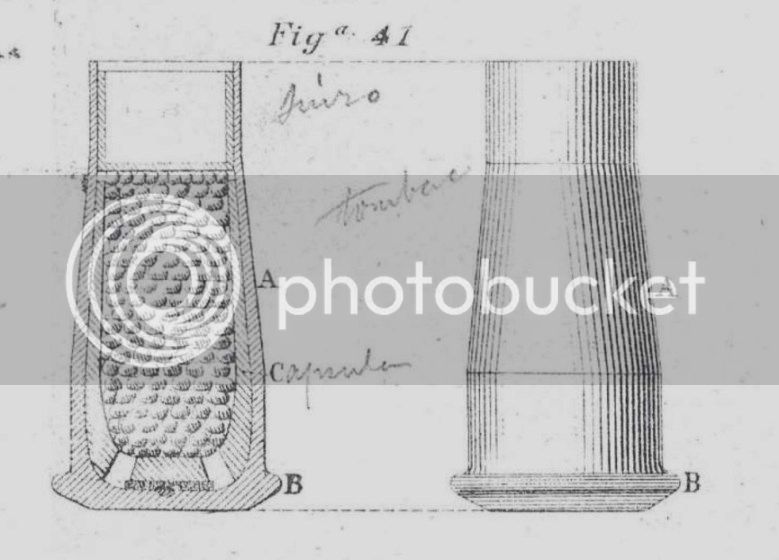 I sectioned one a couple of years ago…it differs a little from the drawing in that there is a primer cup. The compressed black powder charge made it that more interesting.

What period of time is this from?

Paul, thank you very much, I have never seen one of these sectioned before. The specifications describe a 5 g powder load contained inside a paper cartridge and a mouth closed with a cloth wad. Regards, Fede.

What period of time is this from?

This cartridge also existed with a regular Berdan primer in a brass case.

orange and Alex, this cartridge was adopted in 1882 and it was used in guns as early as the 75 mm Model 1877 with a modified lock to use it, as shown below. The Berdan primed model was made as late as the 1930’s, but also after the war, as there are examples of quite recent manufacture having a nickel primer. These may have been made for historical recreations, but I don’t know for sure. Regards, Fede.