The Mystery of the Unknown Bomblet

This has been a mystery for a while and no one really knows the designation of these bomblets. They were made and used during the Vietnam War and were not AP per se rather noisemakers to activate acoustic detection equipment.

Does anybody have any idea what the technical designation of these was?
In which numbers were they made?
Who made them? 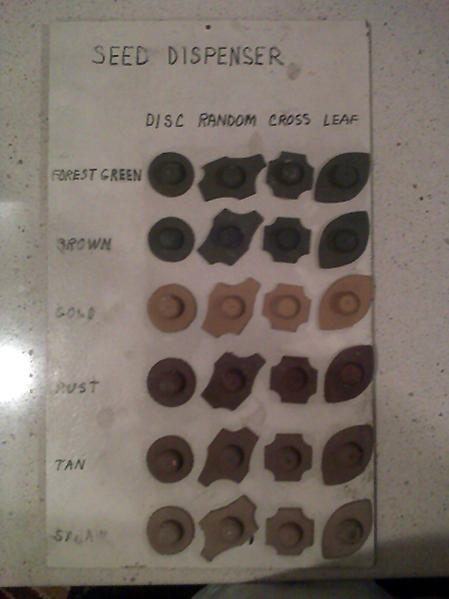 Were they akin to the “bubble wrap” that some of us so love to pop?

Bubble wrap is plastic wrapping with air pockets to cushion items in boxes. If you squeeze the little bubbles they go POP. It sounds like that’s what your items were intended to do.

For some reason I can not view the image.

I also see no picture. Back in my childhood, there were sold packets of little fireworks (I think they were called Cracker Balls, or something like that) about the size of a pea, maybe a little larger. If you stepped on them they would explode with about the noise of a cap gun. There were also some larger ones, about the size of a Cherry Bomb, which were somewhat more noisy. You could also shoot them against a wall with a slingshot. I can see how something like those would be very useful as an early warning device if you had acoustic detectors scattered around.

The so-called gravel mines also went off if you stepped on them, but all of those I am aware of were definitely for AP purposes and would do severe damage. Maybe there were lower-powered versions of those for use as alarms.

i am sorry i can see the pic so i thought you guys could too.
EOD if youre on BOCN can you please post the pic. im too stupid to do it. or anybody else also from BOCN?

thank you.
no, this is not a joke and not bubble wrap. rather it an acoustic/mild AP munition. think it was filled pot. chlorate and red phosh.

I fixed image so everyone could see it.

Very interesting info on BOCN. Your original post did not really mention that they were a pyrotechnic device, just a noise-making device. I get it now.

Simple concept. Probably contain some chlorate mixture (like priming composition or what’s used in toy caps) mixed with a frictionator.

Dragon, now the image works. I also remember the discussion on BOCN. If I knew more than others I would have told there already.

I just can say that there were also other systems likely related to this project but they contained electronics and a tiny charge.
The XM44 below is one of those and as we can see it is called “Electronic Antiintrusion Device”.

I fixed image so everyone could see it.

thanks a lot, Aaron!

DennisK-any idea who might have developed or produced these plastic items?

It is difficult to search for information on these because most documents citing “micro-gravel” for warning purposes describe bigger items like the XM44 (25 mm square) or the XM40E5 (45 x 32 x 10 mm). Sometimes the XM40 is even described as a “button bomblet” or a “Button bomb”.

Some interesting excerpts from a document dated 1966 (“Air-supported Anti-infiltration Barrier”):

I also see no picture. Back in my childhood, there were sold packets of little fireworks (I think they were called Cracker Balls, or something like that) about the size of a pea, maybe a little larger. If you stepped on them they would explode with about the noise of a cap gun.

You can still get those here in England if I am thinking of the same thing. Is this them?

[quote=“Dragontooth”]This has been a mystery for a while and no one really knows the designation of these bomblets. They were made and used during the Vietnam War and were not AP per se rather noisemakers to activate acoustic detection equipment.

Does anybody have any idea what the technical designation of these was?
In which numbers were they made?
Who made them?

[color=#0000BF]Fede et al: I mean these odd looking ones and no other ones. All other ones are more or less clear. These may be button bomblets but I am looking for technical designation, development and production info. Thank you. Dr. Schmitt may be able to help. Fede do you have a link for the doc?[/color]

Falcon, probably the same idea but not the same design. The ones I remember were spherical, and as I said, about the size of a large pea. They were made of something like paper mache, and I know from opening some, there was tiny gravel and a powder inside. I guess it could have been silver fulminate, but I don’t know. They came in little cellophane bags, maybe a dozen per bag, and in different colors. I think they were about a dime a bag in the 1950s. They may still be around, but as I haven’t bought any fireworks for many years, I don’t know. They were pretty easy to set off, and you could throw them on a sidewalk or step on them (or shoot them with a slingshot, which was my preferred use).

The noise mines, however they were designated, were undoubtedly of similar construction - but probably a lot more expensive than a penny each.

I somewhere have an original copy of Tenny Davis’ 1940’s book, “Chemistry of Powder and Explosives.” It contains (among other things) a huge amount of information about fireworks of all kinds, and I’ll see if I can find the book and look up what it says about these, if anything. By the way, a valuable resource, even though much technology has changed since it was written. It has extensive information about anything that goes bang, including primer compositions, black powder, smokeless powder, and all types of explosives.

Dennis et al
I am afraid you are wrong:

I think they were filled with potassium chlorate and red phosphorus:
from BOCN
"I suspect the answer maybe contained within the following document “Minutes of the Tenth Explosives Safety Seminar, Sheraton Hotel, Louisville, Kentucky, 13-15 August 1968. Volume II” comes up as a result on searching for “chlorate & phosphorous” and also “button & bomb”. Searching on the latter also gives a result referring to CHECO and Operation ‘Igloo White’

Tim, here is a link to download the document:

I have read some of those CHECO and Igloo White related documents but these are of no help for identifying these “seed bomblets”.

this i livid thing does not work at all for me. there is a problem in the server it says…then it crashed.
cant you please find another way to upload this? maybe it is available as a PDF in DTIC…?

where did you get it from?
thanks.
misunderstanding: Tim G. is the gentleman who posted that on BOCN. my name is Dave.