Finally, after having made many trips to Venezuela, I’ve encountered a large calibre case. The calibre seems to be 105x619R, like the “TK” cases that were used a.o. in the Leopard tanks. Unfortunately I didn’t carry any measuring device, so I can’t be 100% certain about the size, but by approximation it’s about that length, and the overall shape of the case looks consistent with that calibre too.

I didn’t buy the case (for the time being, at least) as the asking price is 250 Bs.F., which at official exchange rates winds down to some 80 Euros. A bigger headache, though, is the thought of the potential questions the case might incur at the customs office when leaving the “increasingly more red” Venezuela. Probably not the best of plans, and my name is not Michael Scofield…:P

Nonetheless, I’m curious as to the background of this case. The seller told me that he used to be a sergeant in the army, and that back then he collected some cases, of which this one is the last remaining specimen. I have no knowledge of Venezuelan factories that manufacture artillery ammunition, but Venezuela does have a considerably army.
Until the “red period” a great many things over here were acquired from the USA, and this also applies to military stuff (back in 1998 I still saw F18s flying over here), however, since a gew years that road is pretty much closed, and military goods now seem to be largely obtained from Russia (nowadays, consequently, one sees Mig-29s flying overhead).

However, judging from the headstamp, the case appears to have been manufactured and filled/accepted in 1972/1973, which falls well within the period during which Venezuela was a good friend of the USA.

The headstamp consists of a part that has been stamped into the case, as well as an ink stamp. It reads (atual text between double quotes):

My questions:
1-Does someone recognise the headstamp and/or country of manufacture?
2-Is the case rare ennough to warrant securing it (and if necessary leaving it with family for the time being), while I investigate the proper legal way of getting it over to The Netherlands?

Cheers, and thanks in advance,
Olaf 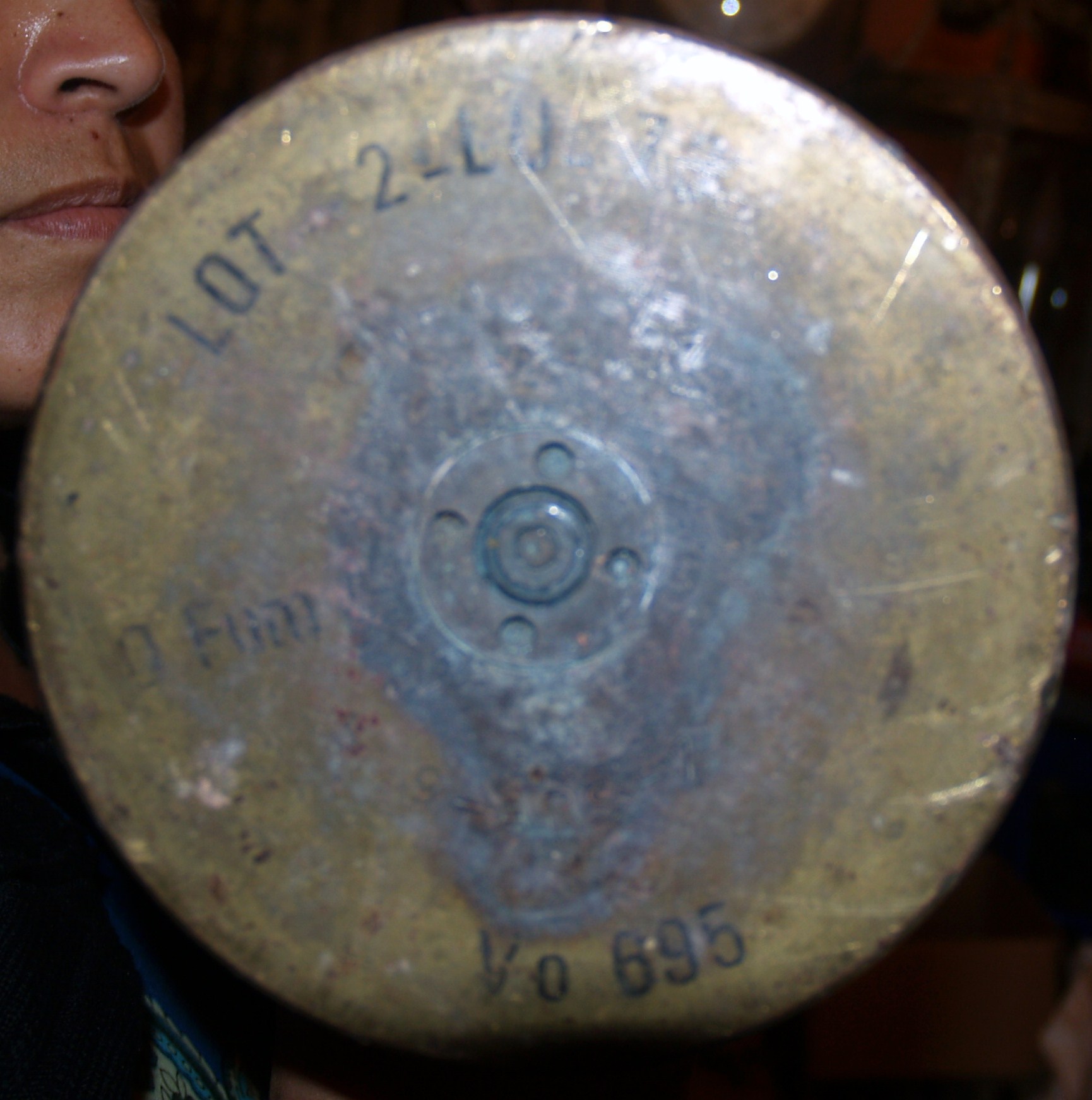 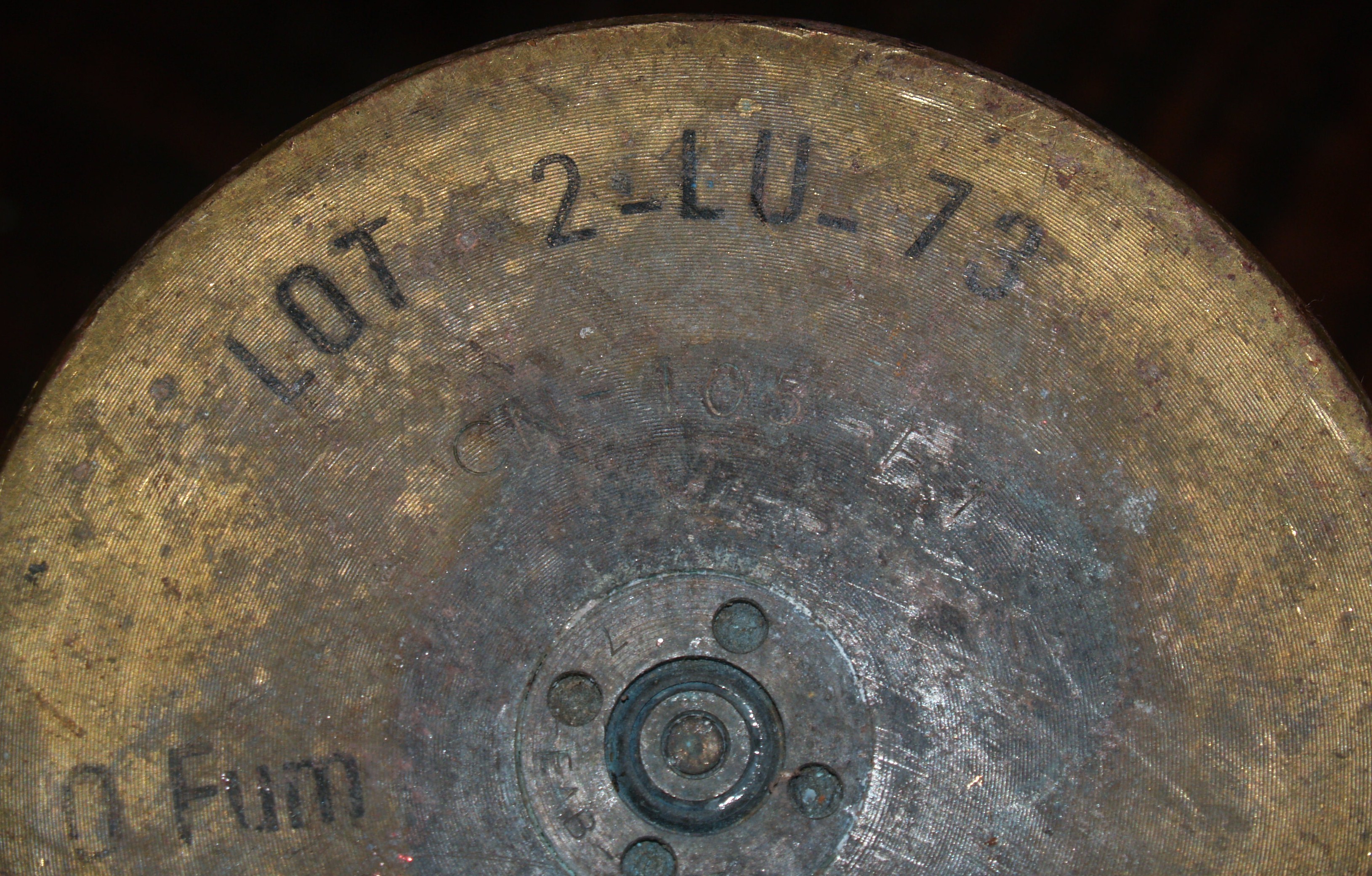 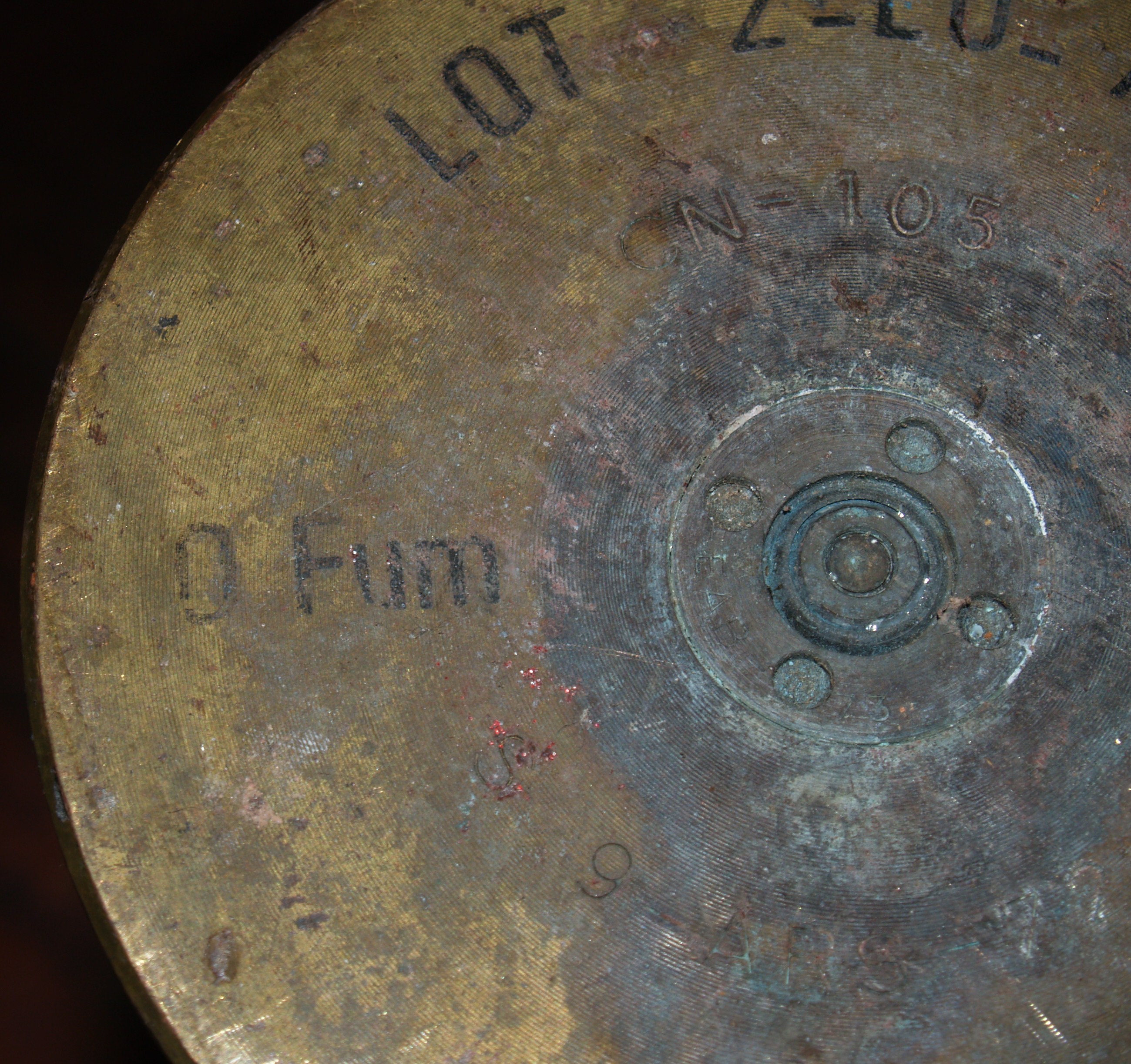 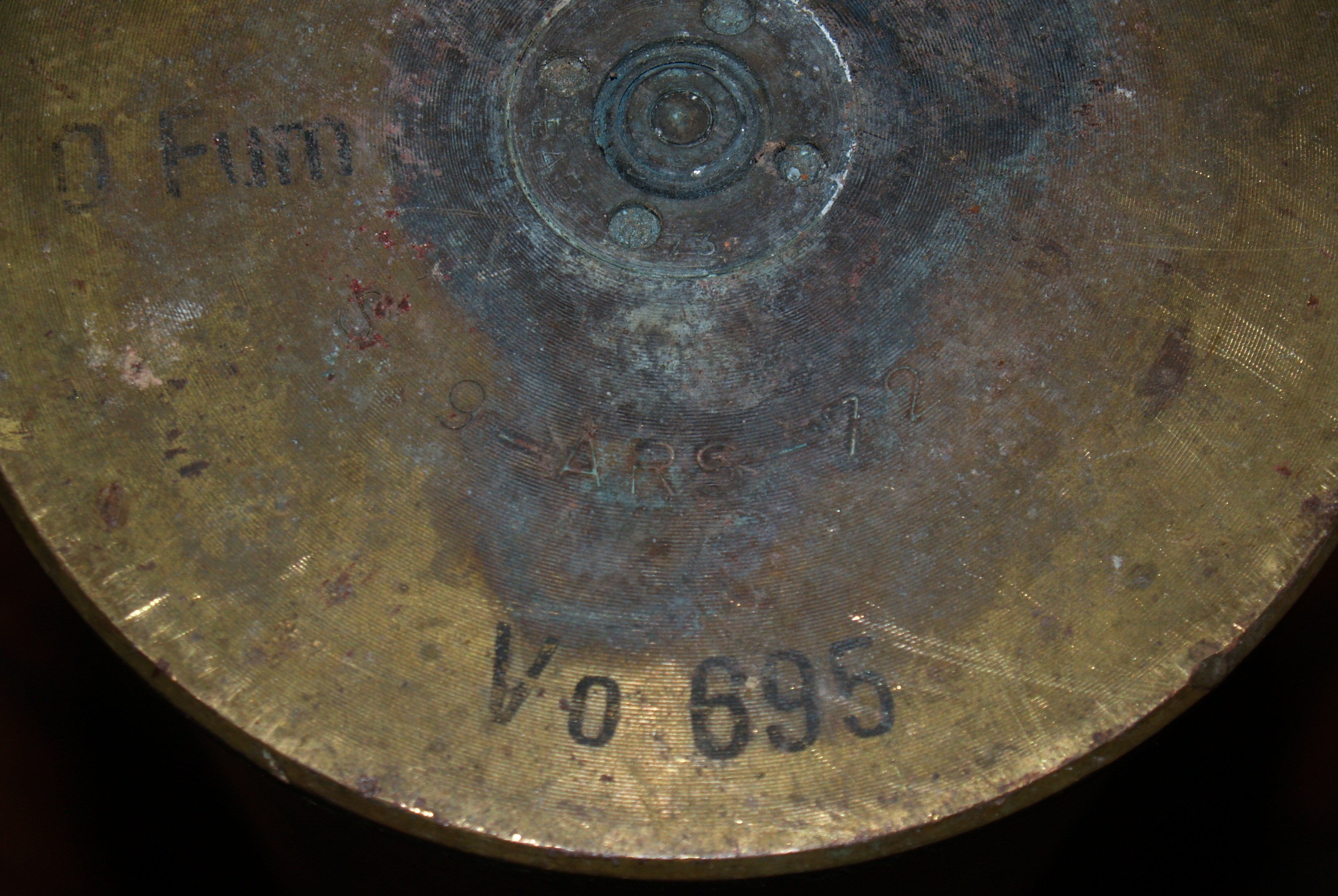 Put the shell down and back away! Hands in the air!

There are no kanji marks or evident embossed “F” anywhere to be seen. Whatsa mattah you?!? I warned you to stay away from the spicey dishes.
What will your Jap shells think?? Cheater!!!

@Michel: a most excellent answer, thanks!
I guess the case has no specific markings indicating Venezuelan acceptance, or so, and is 100% standard French?

@Slick one: No worries; as you’ll have gathered I didn’t buy it, but it mostly interests me to figure out what is/was used over here in big calibre ammo: a thing I was never certain about. :)
Indeed, the case falls within my interest area that’s now largely being phased out in favour of stuff from the land of the rising sun, but as an oddity a true Venezuelan case wouldn’t have been bad. :)

I add a precision (I was not well awake this morning !)
“O Fum” means "Obus fumig