Hi,
I recently came into possession of my Grandads WW2 shell his father bought back from Europe. I have no idea of what type it is or if its even safe. Any help would be great, mostly I want to know if it’s safe.

Welcome to the Forum!

Further identification will require knowing the diameter of the shell and any letters, dates or symbols stamped on the outside of the fuze.

Virtually the same design was used with an illumination flare attached to a parachute. Some were also made for expelling leaflets, and issued empty so they could load the latest propaganda at the last minute.

Since this one was not fired and lacks the baseplate I suspect it may be one of the leaflet shells.

What is the outside diameter of the shell?

Al,
What you have is a Commonwealth/Allied, 221 fuzed, 25pounder base eject (possibly) smoke projectile. The 25pounder gun was the mainstay Allied medium artillery gun of WWII, ammunition was made by: Britain, Canada, Australia & maybe others.
The 221 fuze was double acting for time & graze, fitted to predominantly smoke shells but also to chemical shells.
The Projectile is unfired (has not been through a gun) as it does not have rifling marks on the copper driving band.
As you can see the base of the projectile is missing & you can see into the projectile cavity, verifying that it is empty.
You haven’t shown any internal details of the fuze, so it cannot be assumed that it is completely free from explosive substances! Even though the time rings & flash channels seem to be clear.
The projectile seems to have a join down from the fuze, this would indicate an early Mk of projectile or in fact a chemical style projectile.
Hope this info is of some help.
Regards Ozzi.

Hi Guys,
Thank you so much for the feedback. I really appreciate it. From what I can see the inside is empty but I will get a photo on here asap. I measured and the diameter is 11 inches just above the bulbous part near the bottom.

As is often forgotten when discussing ammunition, here is an example of the gun this shell was made for: 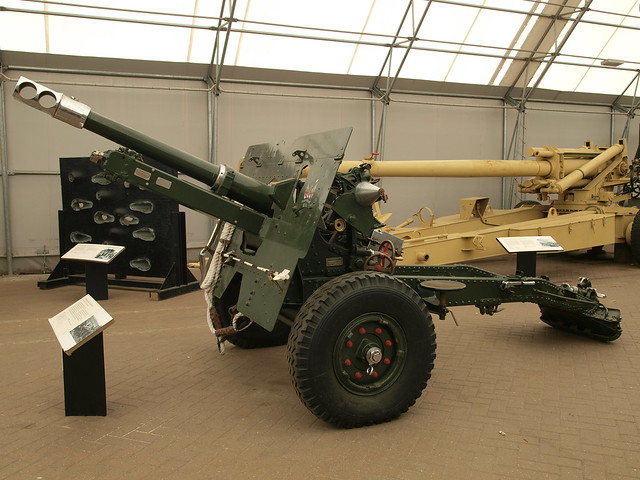